Game Information: Steam Prison is available on Nintendo Switch, Steam, and Manga Gamer and is rated M. The review and guides are all based on the Nintendo Switch version.

Don’t know anything about Steam Prison? Check out the Steam Prison Overview and Spoiler-Free Walkthrough Hub!

First off, I want to say that the translation for this game is great. The grammar, spelling, coding—all of it was fantastic. While there were a few issues here and there (most of them being in the last two endings), none of them were problematic enough to be horribly bothersome, which is more than I can say about other recent otome releases.

I loved all the little quality of life changes that Steam Prison has compared to other VNs as well. Let me tell you when trying to make a guide for a game with over 30 endings, having that ‘Skip to Next Choice’ button was a true blessing. Even if I hadn’t been making a guide and was following one instead, that button would have felt like magic to me. 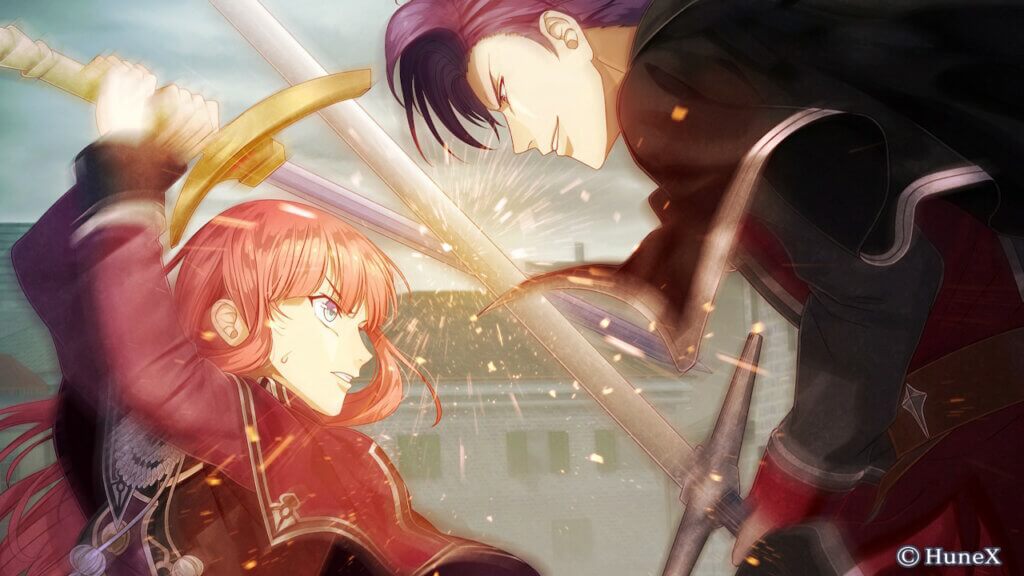 The cast has a wide array of archetypes, and each of their individual stories are varied and interesting. You’ve got: the playboy, the tsundere, the older man, a yandere, and more. If one boy is too thirsty for your liking, and the homicidal maniac too crazy, another should fit into your heart just right. All the character designs are also well done, and the CGs are pretty to boot.

For players looking for a game to keep them busy until Bustafellows launches in July (no, I’m definitely not counting the days or anything), Steam Prison will definitely fit the ticket. The game is big. Like I said before, there’re over 30 endings to obtain; side stories for each character that are told from two different perspectives—meaning you’ll have to play them twice to get the full picture; epilogue stories for each boy; three other short side stories for each LI as well as a few for side characters; and more. Trust me when I say the game isn’t lacking for content.

Despite all the good points for this game, there are definitely some drawbacks that stood out to me and kept this game from becoming one of my favorites. The biggest issue definitely lies with the MC, Cyrus.

While I’m used to most otome making their MCs doll-like so it’s easier for players to insert themselves into the game, Cyrus felt more like a robot. She was too naïve, too ‘justice-y’, and honestly, just too boring. She repeated phrases like, “I will protect you,” and, “Justice is the most important thing,” which all felt stiff. And don’t get me started on her lack of common knowledge, which leads me to my next point.

Cyrus doesn’t know where babies come from. I mean, seriously? Has this girl never gotten her period? (Because if she hasn’t, I’d like to know her secret.) I get that this kind of (and I mean barely) plays a part in the story, but this desire by otome games to make the MC this virginal epitome of everything that is pure and sacred is really old and tiring. And the creepy, rape-ish lines from the LIs about teaching her how her own body works, and not wanting to “defile her purity” are just… not great. I’ll give them this, there was one funny line that came from this plot point, but I would rather have missed out on a single chuckle than deal with this issue for six of the seven routes. 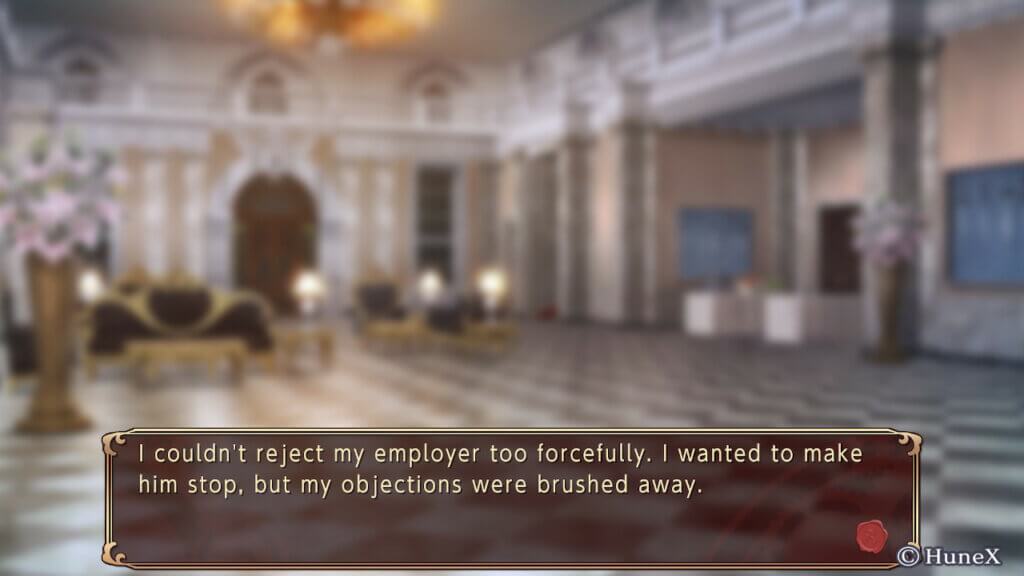 My last complaint is the stories themselves. While the game is very long, it kind of didn’t feel long enough. It made all of the romances feel off, almost like they weren’t finished. They all started out as a slow burn, then suddenly someone hit 88 MPH in a DeLorean and we’ve got some lovey-dovey feelings that weren’t there before. Granted, not all of the romances were like this—some of them felt a little more fleshed out. But one thing they all suffered from were the climaxes. Every single one of them came out of nowhere, and every time the credits started to roll in the good endings, I was confused. The pacing just didn’t feel right, and this kept the endings from feeling satisfying.

So is Steam Prison worth it? I have to say yes. Not necessarily because I think the game is great, but because English-speaking otome lovers don’t have a lot to choose from. In terms of translation quality, it’s one of the better ones, and that stands for something. But if you’re wanting a steampunk story, Code: Realize is easily the better option; if you want a darker plot, Piofiore: Fated Memories is more detailed; and if you’re wanting something long to fill the time, maybe give Hakuoki on the PS Vita or Steam a shot. For otome fans who are caught up on titles, it’s still worth playing. But I do not think it’s worth the $65.49 price tag on the Switch’s EShop. If you can’t get it on a really good sale, I don’t think you’re missing much.

Want to learn more about Steam Prison? Check out my spoiler-free overview!

Steam Prison is available for purchase for PC through MangaGamer and Steam, and for Nintendo Switch through their EShop!