GAME CONTENT WARNING: This game contains graphic and mature content that may not be suitable for all players. Blood, violence, and drug use are heavy throughout the playthrough, and some routes contain scenes of sexual assault. Please read our elaborated list of possible triggers we have enclosed in this article (the list will contain some spoilers).

Piofiore: Fated Memories is a wild ride. With beautiful images, an interesting, dark setting, and detailed characters, there’s a lot to take in. 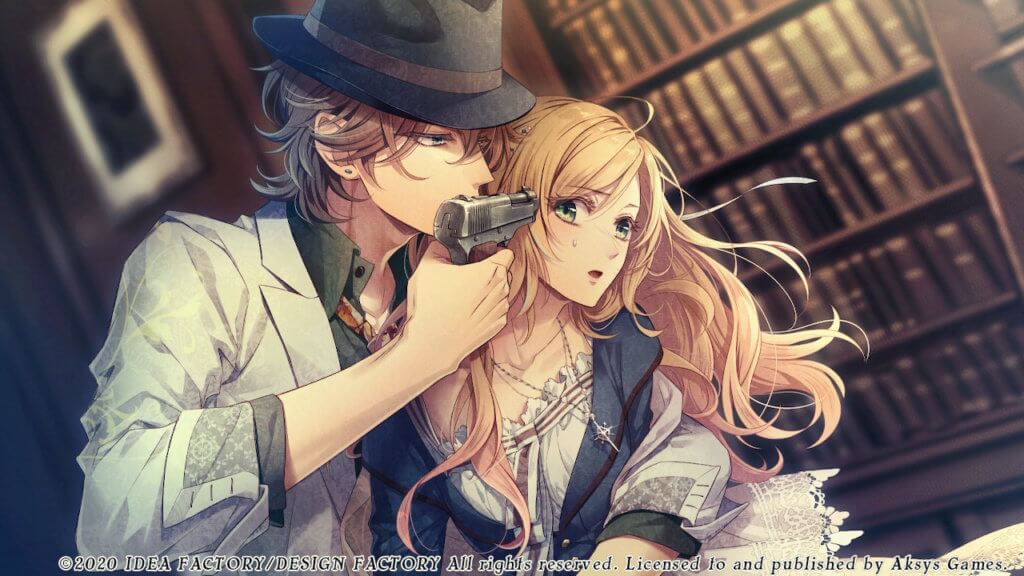 Even though Liliana has spent her entire life in Burlone, a town ruled by three warring Mafia families, her life at the church has been peaceful. When she’s suddenly thrown headfirst into the fight, she’ll have to navigate this treacherous town and the criminals that inhabit it if she wants to survive. And if Lili plays her cards just right, she might discover the reason everyone is out to claim her.

I think it’s easy to say that Piofiore: Fated Memories is the prettiest Otome game I’ve gotten this year. Seriously, the art is absolutely fantastic. From the cute and silly pictures of Lili falling in love (or, you know, just falling) to the dark and depraved CGs that’ll rip your heart in two, there wasn’t a single one where I spent less than five minutes admiring the detailing. And if the Switch ever takes a note from the Vita, I’ve got a ton of screenshots just waiting to be used as my background.

The voice acting is also top-notch. The game is fully voiced like other traditional Otome and each voice actor really brought their character to life. A lot of them will sound familiar as well. Ryohei Kimura (Collar X Malice) voices Nicola, Toshiyuki Toyonaga (London Detective Mysteria) is Orlok, Nobuhiko Okamoto (Code: Realize, Collar X Malice, Period: Cube) is Yang, and Showtaro Morikubo (Code: Realize, Period: Cube) voices Gilbert just to name a few. The characters in the game themselves were also great. While there were your usual tropes like the playboy, yandere, and vanilla, each one had a pretty interesting backstory, some great character development, and a twist or two that usually showed up outside of their own route. 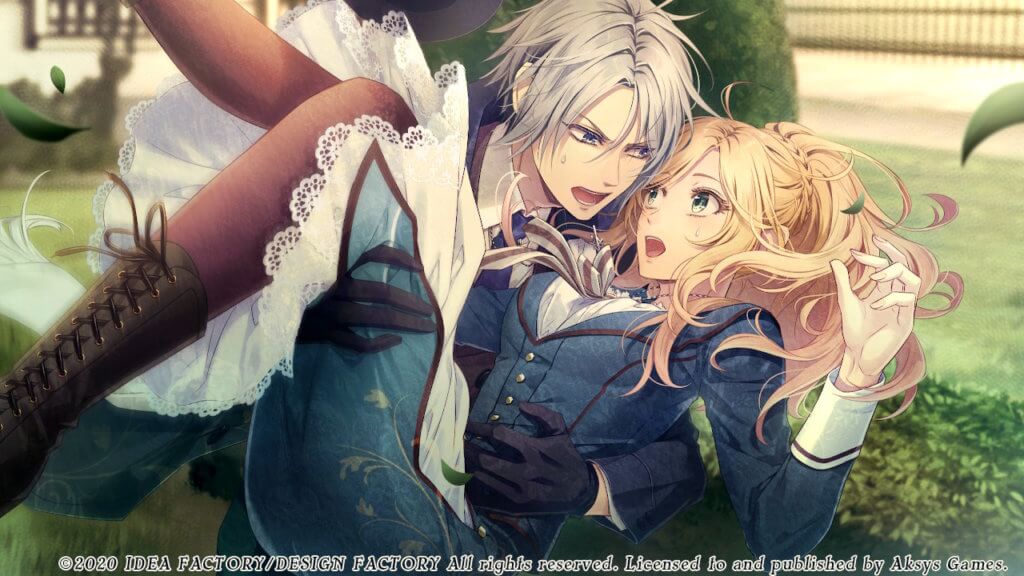 The best thing about Piofiore by far is the significantly better programming and translation job that the team at Aksys Games did. Coming off Collar X Malice -Unlimited- really left a bad taste in my mouth, especially since Aksys is usually so good about checking through their games with a fine-toothed comb. Whether they had more time with this title or they took complaints for their last release to heart, Piofiore very obviously got some special treatment in comparison. Throughout the entirety of the game, I only came across a handful of grammar issues and inappropriate line-breaks. Most of these were towards the later parts of the game, and they were spread out enough that they didn’t impede my playing in the slightest.

Piofiore’s story in itself is a double-edged sword for me, though. The good side is that the story as a whole is new, exciting, and was a real page-turner–or button-masher in this case–for the most part. Lili is a very sweet and naive character, which isn’t anything new, but the way she interacts with all these Mafia members, as well as her own secret role in parts of the story, really drew me in. I loved how dark the story could get. It actually felt true to the Mafia lifestyle instead of a rose-tinted version where all the ‘bad guys turn good’ because of the girl. It really helped to set this title apart from others in the genre.

The only downside that I could find in the game is the other half of the story. While the game does get dark and stays fairly true to what a life of crime would look like, the rampant sexual assault that’s in the game from beginning to end was really excessive and pretty hard to read at times.

And I’m not talking about a random passerby trying to feel up the MC and then she gets saved by one of the Love Interests. I’m talking about full-on rape, over 95% of which is done by the Love Interests. If you get a Bad End with one of the characters, there’s a good chance you’re gonna get raped. And some characters that had totally fine Bad Ends that are par for the course for the genre in their routes may end up locking you in a room and turning you into a mindless doll for their pleasure in others. And let’s not forget the route that’s a textbook case of Stockholm Syndrome. 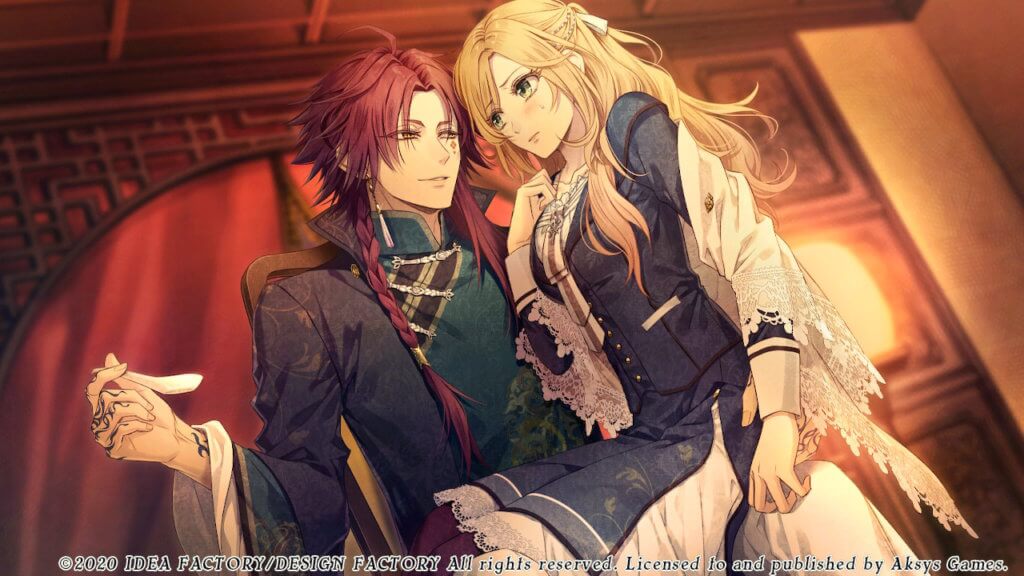 Not only is rape an issue, but Lili’s sexuality as a whole plays a vital role in the story in a multitude of ways. I found in every route that if I chose the option that leads to sex (willingly or unwillingly) early into the route, it always led to the Tragic End. And in most cases, if I chose not to have sex towards the end of the route, it would either bar me from the Best End or lead to a Bad End. There’s even an entire plotline surrounding Lili’s virginity and the person she loses it to, and this directly relates to how ‘useful’ she is to certain characters.

While it’s a romantic notion to lose your virginity to the person you love, the amount of emphasis this game places on her ‘purity’ while at the same time happily destroying the idea of consensual sex is really disturbing. And while part of me applauds the game for picking a storyline as dark as this and showing a more realistic side to the criminal underworld, there was waaaaay too much. It got to the point where the shock-factor was blown out the window, any plot points involving it were long forgotten, and the game started to feel like a bad hentai that would pop up under the Google search, “Hot nun gets raped.” And while this didn’t happen in every route (only 2/6 have zero rape) there was more than enough in the ones that did to have me questioning what kept the game from getting an AO rating.

In the interest of our readers and in our effort to be transparent, we are providing a list of possible triggers that the game contains to help potential players decide if the game is an okay fit for them. This list will contain some spoilers.

Of the six total routes in the game, over half contain scenes of sexual assault. This ranges from the Main Character having her clothes ripped off to rape. There are also instances of emotional manipulation and abuse against the MC by the Love Interests. An example of this is when one Love Interest locks the MC in a room and refuses to allow her to leave or talk to anyone in an effort to isolate her emotions. Scenes of excessive violence are also present, with one example describing a character having a fingernail forcefully removed, then having an ear cut off, which is then sent to another character as a message. There are also scenes involving gunfights and swordfights, and these scenes will show stylized blood splatters. There is also a scene showing a character being stabbed. There are also instances of death throughout the game involving side characters and main characters alike. Lastly, there are multiple instances of kidnapping. This happens to the MC by many of the Love Interests as well as unnamed female characters who are being sold into slavery. If you have any questions about this game’s contents, please feel free to reach out and we will try to answer them to the best of our ability.

It’s been over a week since I 100% completed the game, and I’m still torn on how I feel about it. On the one hand, if you remove 90% of the rape scenes (that would still leave one per route) the game is solid. It would be practically perfect. Funny, exciting, dark, and it hits most of the tropes that players want to see. But once you look at Piofiore how it is, it’s really tough to say. Because the sexual assault in this game is just that prevalent.

When all is said and done, I did like Piofiore: Fated Memories. The art, the voice acting, the music, and (most) of the story is fantastic. But it’s not one I’d recommend to everyone, and the few people I would mention it to would get a thirty-minute warning beforehand.

Piofiore: Fated Memories is available physically and digitally for the Nintendo Switch.