Fans of Collar X Malice will be happy to hear that the Fandisc is out and it’s packed with more romance, more danger, and more fanservice.

Collar X Malice -Unlimited-’s main story picks up a few months after the events of the original game: Adonis has almost been totally wiped out, MC is still hard at work for the police force, and she is officially in a relationship with whichever boy you want her to be. Life isn’t exactly quiet, but she’s settling into this new routine gracefully, albeit with some hiccups along the way. So while she may not need to unholster her gun as much as before, she’s about to find out that traversing a relationship can be just as treacherous. 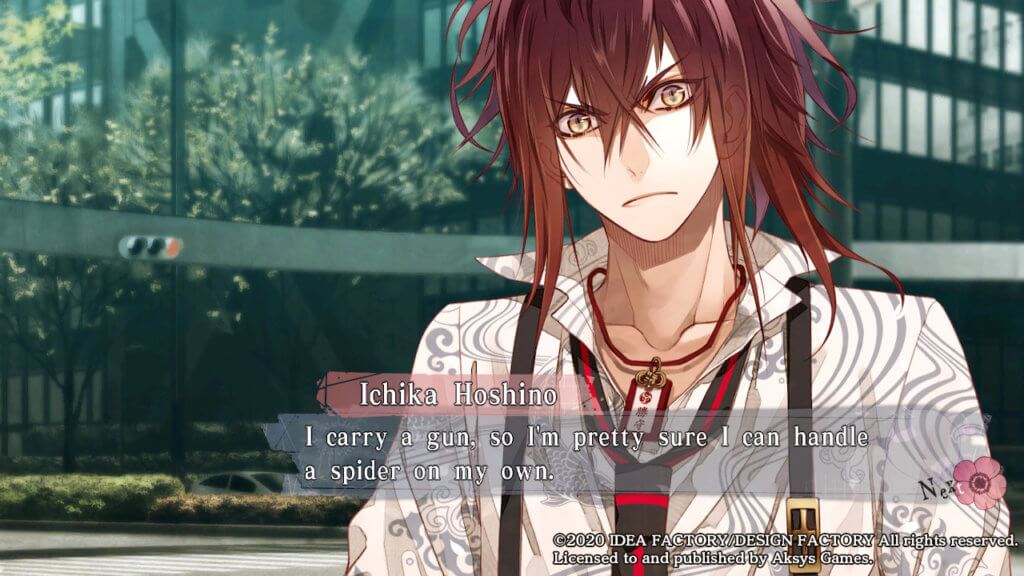 Collar X Malice -Unlimited- follows the tried and true formula for Visual Novels and doesn’t really stray from that path. Players will start by completing a short prologue chapter to unlock each dateable character’s route, and each route will include dictionary terms, dialogue options that will lead to one of three main endings, and plenty of CGs to keep fans happy. Once a character’s route is complete, a side story will unlock along with a few other bonuses.

Each dateable character’s route (labeled as After Story in-game) continues from the same path that Collar X Malice’s epilogue left them, and not enough time has passed for those initial honeymoon feelings to have disappeared, so players looking for those sweet new romance feelings will get their fill. But what if MC hadn’t beaten Adonis? Following the events of one of the Bad Ends of the original game, Collar X Malice -Unlimited- includes a side story showing what would have happened had MC joined Adonis.

There are also a variety of short stories that unlock through various means that give more insight to all the characters in the game. For completionists, you will have to get all three endings for each dateable character and play through every side story to find all the dictionary terms and obtain all available CGs. For veterans of Otome games, this will be a fairly short endeavor as the Fandisc is nowhere near as long as the original game. 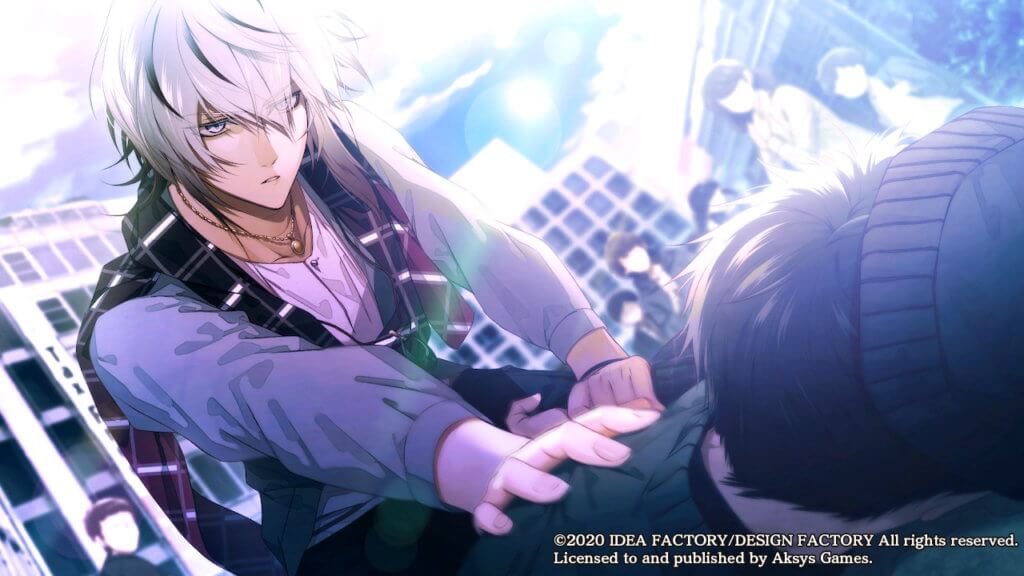 People who enjoyed the characters and story of the original game will find much of the same here. Between the After Story, Adonis, Side Story, Extra Side Story, and Leaf (the in-game text messaging app the characters use) sections, there’s no shortage of content to say the least.

Collar X Malice -Unlimited- does a really good job of expanding on the side characters from the first game, and it’s not just the good guys, either. The villains that players encounter from the original get quite a bit of screen time and character development in the Adonis section, as well as some side stories.

Like its predecessor, -Unlimited- has beautiful visuals and a ton of new CGs with multiple variations. Each story, from the interlude to the weird text chat, feels really fleshed out and contains a lot of content. Even though this is a fandisc, there’s plenty of fangirling to be had. 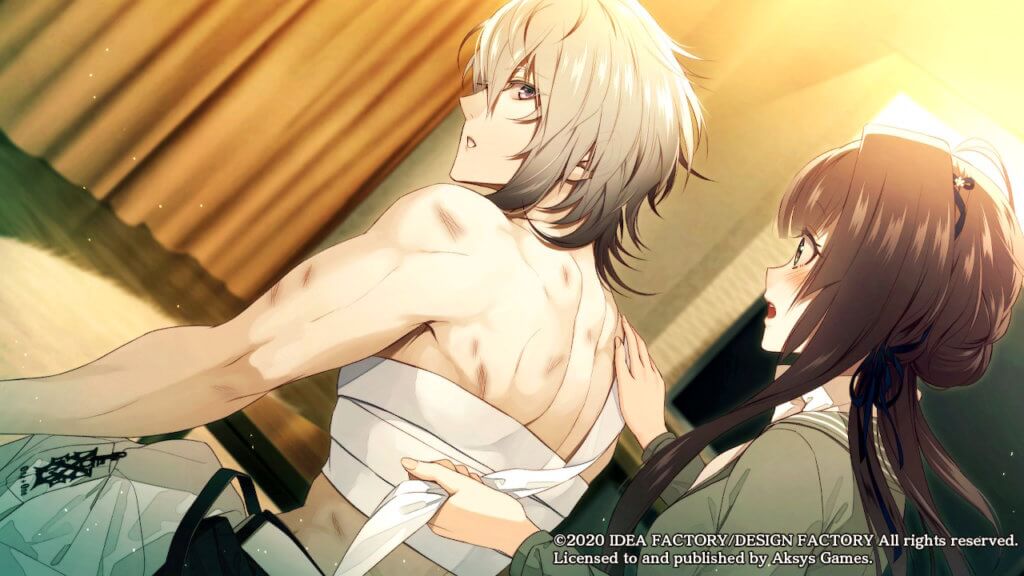 While the game has a lot of great content and the storylines themselves are well thought out, the programming and grammar is severely shoddy. There are a ton of missing words, misspelled words, and jumbled up sentences that, after a while, I could only laugh at how bad it got. Granted, it isn’t every dialogue box that’s like this, but there were more than enough to cause issues.

And speaking of the dialogue box, there were a lot of weird programming issues as well. I had the box’s transparency change randomly on me, sentences would run out and past the dialogue box, the name and the dialogue would switch places, dictionary terms weren’t always highlighted like they should have been (and I’d have to rely on the notice at the top of the screen to snag them), some spoken dialogue wouldn’t end inside the dialogue box and would continue in the narration-specific box which made for some really weird reading, and so much more that I know I’m forgetting something. I know that 2020 has been a tough year for the world, but I think it should have been obvious to the entire team that this game wasn’t ready to launch when it did. A couple more weeks of review would have cleared up the majority of these problems, or even being honest with the VN community and promising a patch to fix these errors soon after launch would have been enough (not that VNs ever get patches, but one can hope). Aksys has historically been fantastic, not only for being one of the only companies to port Otome and other VNs to the West, but for their care and attention to detail with these games. So to speak plainly, I was disappointed with the treatment that Collar X Malice -Unlimited- received.

At the end of the day (and despite a multitude of issues) Collar X Malice -Unlimited- is still worth playing. The content included in the game and the quality of that content is well worth it, especially for fans of the original game. But unless Nintendo or Aksys announces a future patch to fix some of the programming bugs, I’d try to find the game on sale.

Collar X Malice -Unlimited- is available for the Nintendo Switch.