Things We Saw Around The Web is more than just funny lolz we see while browsing online; it’s a compilation of videos, news, and articles.

We would love to bring more focus to small blogs & YouTube channels and their creative works, so if you know a great article/video you would like to see in our next roundup, please leave a link in the comments below.

Following the announcement that Funimation will unify under the Crunchyroll brand, here’s a frequently updated list of Funimation titles that are now available on Crunchyroll.

Actor John Cho spoke to The Hollywood Reporter about his feelings on the live-action Cowboy Bebop’s cancelation: “I put a lot of my life into it … It was just a huge event in my life and it was suddenly over.”

The Anime Industry Bottleneck: The Unrewarding Nightmare to Assemble a High-Profile Team

The anime industry is so saturated with high-profile projects at the moment that studios have to fight tooth and nail to secure qualified animators—sometimes internally so. What could be a great excuse to offer workers more attractive conditions is failing across the board.

With a unique drama, action, spy thriller, and comedy mix, Spy X Family is a Shonen Jump favorite. At long last, we’ll be able to see the duality of this hilarious yet wholesome family.

“Took me a bit to process this, but here we go, let’s start the speculation train on what this might mean for the industry going forward.”

Canipa discusses the work that goes into great anime fanservice and what separates it from the boring ecchi scenes.

In honor of White Day, MangaGamer has many of its otome, yuri, and BL games on sale, as well as other genre titles. Sales go up to 75% off and last until March 21st. 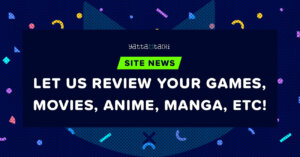