Before the Summer 2019 anime season started we ran a poll asking you, the reader, what shows you wanted us to investigate for you. Over the next couple of weeks, our team of writers will be watching the first episode of the poll’s top 3 shows and telling you if they’re worth putting into your queue. Our winners were Dr. STONE, Vinland Saga, and given, and given was the last of the three to debut.

“Somehow, the guitar that he used to love to play and the basketball games that he found so fun just lost their appeal… That was until Ritsuka Uenoyama randomly met Mafuyu Sato. Ritsuka had started losing his passion for music in his everyday life, but then he hears Mafuyu sing for the first time. The song resonates with his heart and the distance between them starts to change.” 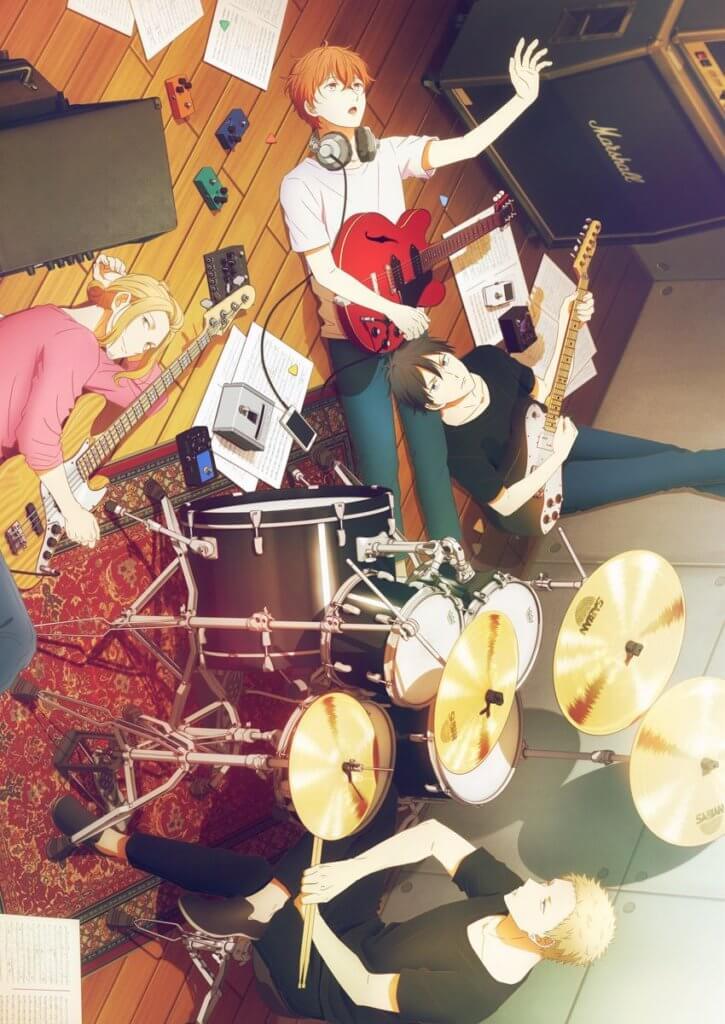 But what does the preview team think?

With what felt like a typical plot and repeated character tropes, given does not make it to the top of my list.

I love rom-coms/rom-drams as much as the next guy. (Ok, way more than the next guy. This is my favorite genre.) But given just felt like a plot I’ve seen elsewhere with a new skin. Cute, fairly popular tsundere boy meets quiet heart-on-his-sleeve boy because they share a common interest. Queue tragic background for both of them, a massive fight somewhere near the end, and some sweet and spicy moments sprinkled throughout and –I’m guessing– you’ve got given.

While this isn’t necessarily a bad thing (I mean, why fix a reusable plot if it ain’t broke) the first episode just didn’t hit me in the feels. The senpai-esque main character seems interesting enough while the kohai-esque counterpart feels like a character I’ve seen a hundred times before with a new haircut and a different hobby.

Now the music is something that I did really like. Though I’m not musically inclined myself, I love listening to it and watching people perform. While this isn’t enough to keep given on my Crunchyroll queue this season, it might be enough to bring me back when I’ve finished/caught up on the things that are.

given is not usually a show I’d take a look at, or even notice that it has come out. Gone are the days where I have time to watch every new series under the sun and then pick my favorites based on the first episode. I could also imagine that the fact this is adapting a BL (boy’s love) manga could turn a lot of people away from the show before they even give given a chance.

With a BL story, I’m always worried about the implications that genre brings to the table. Given that, I was pleasantly surprised by the first episode of given. While it didn’t tread any new water on the story front, the animation and characters were great, and the tropes that worried me are basically non-existent… for now. The main leads were nothing to write home (or online) about, but the side characters were fun to watch. Shout out to the hilarious members of Uenoyama’s band!

Animated at Lerche (Scum’s Wish, Assassination Classroom) and staffed by regular Lerche collaborators, the animation of given and its post-production effects look superb. As a musical based anime, whether you nail the performances or not can make or break the series. Tomoya Mizuno (CG on Evangelion 3.0, Kino’s Journey) steps up to the stage as CG Director and rocks it. They use a blend of the 2D animation for the characters and model the instruments and finger movements in CG, mixed in with some fast cutting and clever angles and it’s hardly noticeable, though still doesn’t look as good as Kids on the Slope or K-ON!, who used 2D animation.

I was ready to write off given from the get go, but all the elements together drew me into the first episode and while it’s probably not a show I’ll go out of my way to watch week by week, I’ll probably take another look at it when it has finished airing.

I think one of the highlights of this anime will definitely be its music. If you’re a fan of rock bands, seeing the main character Ritsuka jam out on the guitar with his friends is a glorious treat to witness and I expect to hear more outstanding performances. Although the scene isn’t too long in the episode, it gives us a little taste of what to expect going forward.

Considering this is also based off of a BL manga series, I’m also interested in seeing how Mafuyu’s relationship with Ritsuka develops over the course of the show. The latter is mildly annoyed by Mafuyu’s aloof personality and I hope we get to hear more of his backstory soon. If you’re into musical anime with a boys-love storyline, keep an eye on this anime.

given is streaming on Crunchyroll and VRV.

Be sure to check out our other Summer 2019 anime first impressions: