Don’t know anything about Magical Marriage Lunatics? Check out my spoiler-free overview!

I started playing Magical Marriage Lunatics right after Bokuten, and man, did it hit just right. After crying my eyes out, this adorable rom-com did wonders for me. The game is heavy on the comedy–it knows what it is and doesn’t take itself too seriously. From jokes poking fun at itself to Final Fantasy VII references, I was laughing out loud through most of the common route. 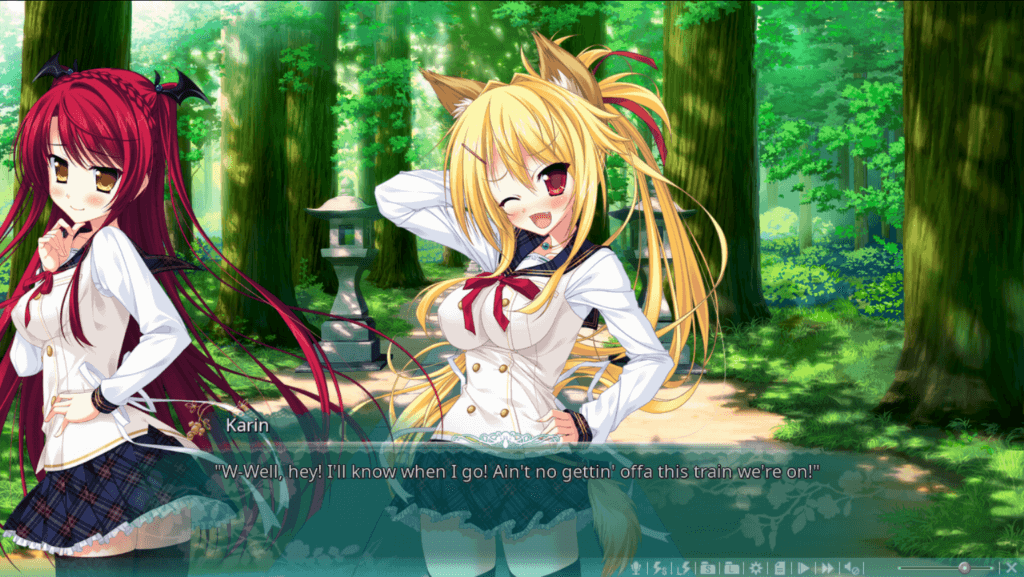 MML is a well-polished game. All the CGs are super cute, the translation is fantastic, and there were hardly any grammar or punctuation errors. The game is also a good length–it took me over 30 hours to finish the entire thing, and that’s just a rough estimate. (The game doesn’t keep track of playtime, so–unfortunately–I can’t give an exact amount.)

Each girl’s backstory is steeped in mythology–both Japanese and general fantasy–and their individual character routes are unique and fun. And while many of the stories are pretty obvious from the beginning, there were enough twists to keep it interesting. And if it weren’t for the H-scenes, this game would probably be rated T for Teens. The small amounts of violence included are always against bullies or thugs, and other than the dialogue talking about punching someone in the face, there’s nothing to visually depict these fights. Even the language is pretty tame, and I’m a little surprised there isn’t an all-ages version available for this game.

As cute as this game was, there was one thing that made it drop a few points for me: when you get down to it, the girls are all the same.

Don’t get me wrong, the character personalities were very different from each other and offered a wide range of antics. What I’m complaining about is their relationship with Yuta in their individual routes. While I get that the premise is that all these girls want to marry the guy, all six of them were so similar it was hard to separate them in my mind sometimes. They all wanted to cook for Yuta (with multiple characters joining the cooking club to get better at it), they all wanted to be doting housewives, they all went on dates to the amusement park and made lunch for the occasion, and so on and so forth. Even the H-scenes repeated scenarios and lines to the point I felt like I was watching a video on repeat instead of dating new girls. (And I swear, I can’t look at a jar of honey the same way ever again.) It made binging the game boring at times. 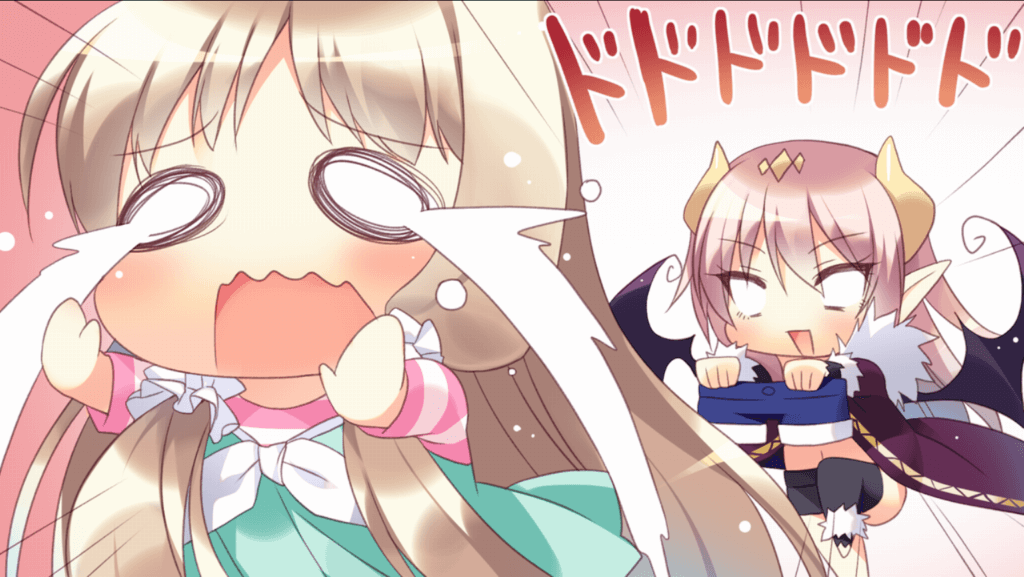 I wish I’d had the luxury of taking more time with this game. When I finished Bokuten and jumped into Magical Marriage Lunatics, I started with Karin’s route first since I thought she’d be one of my least favorite girls and I wanted to get her out of the way. Turns out, hers was one of my favorites. Honestly, I think going from something as hardcore and sad as Bokuten to something as light-hearted and funny as MML really did wonders for the experience, and had I been able to space out the other girls’ routes between other nakige (crying game) titles, I think the repetitiveness wouldn’t have been as obvious and I would have enjoyed it more.

At the end of the day, Magical Marriage Lunatics felt like the same story told with six different skins: they meet, they fall in love, and the girl becomes a stereotypical doting housewife.

The game is incredibly cute, heartwarming, and funny, and I still highly recommend it to people looking for something to lift their spirits. Just maybe don’t binge it. Take your time with it, or play something else in-between routes if you want each girl to feel less like a carbon copy of the one before her. But for fans of gal games and romcoms, it’s still definitely worth checking out!

Wanting to learn more about Magical Marriage Lunatics? Check out my spoiler-free overview!

A big thanks to MangaGamer for providing a review copy of Magical Marriage Lunatics in exchange for an honest review.