Game information: Bokuten – Why I Became an Angel available in both All-Ages and 18+ versions. This review is based on the 18+ version. Please note that all characters that engage in sexual content are 18 years of age or older.

First off, this game is cute. I mean, look at it. Look at this face. She is the cutest thing in existence and I love her terribly. I would kill for her. I would die– 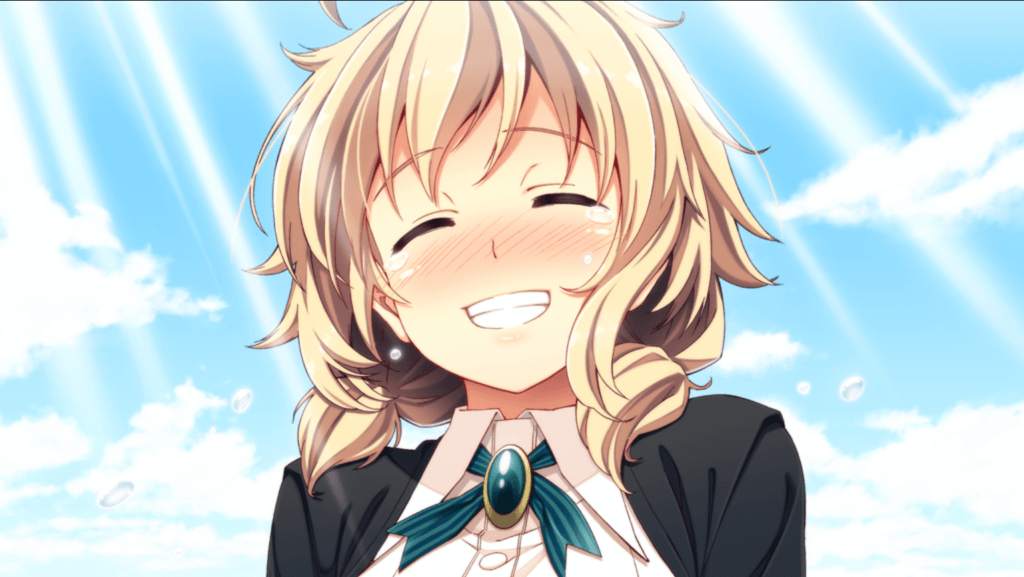 Ahem. So, the art is good. There are plenty of sprite variations, dozens of beautiful CGs to collect, and the most adorable girls to make your waifus. The BGM is also fantastic, especially the handful of full-length lyrical songs spread throughout. You can actually listen to those songs on Spotify.

Like any visual novel, the story is the most important part, and Bokuten doesn’t drop the ball here. The common route and all four LI routes are detailed, thorough, and heart-wrenching. Every side character is fleshed out sufficiently, and each of their stories are vastly different despite sharing the same general concept of ‘suffering for love’. It was satisfying to see how each of the individual stories developed and how the choices affected each of the couples’ lives.

For people looking for a more realistic view on love and relationships, look no further. (Keep in mind, these aren’t realistic enough to be a guidebook, but the situations aren’t sugar-coated either.) Bokuten is not an adorable moege with all the sweet dokidoki feelings like it may seem thanks to the fantastic art. It’s an utsuge, and there are no happy endings. The sporadic sweet moments are caught between harsher ones, and you’ll want to keep some tissues nearby to catch those bittersweet tears and you furiously click that mouse button.

There are two things I’d dock this game for: one is avoidable, one isn’t.

The avoidable issue involves two plots, so be aware you’re about to enter spoiler territory. The first is part of the common route and involves a character who has repeatedly been the victim of rape. Her story is very difficult to read because of the sheer nature of it (as it’s meant to be), but the game’s treatment of this character and how her experience has changed her felt more like the developers were trying to check off as many kinks as possible instead of keeping to a more believable and heartbreaking storyline like all the others were.

There were a lot of good ways they could have handled her story, and the route they went definitely wasn’t one of them. The other involves one of the LIs stories and my complaint here is also sex-related. Similar to the previous example, the end of this storyline just didn’t make much sense. Instead of steering towards something that would make people cry from all the feels, the devs went with something that checked off another box on the kink list and gave us an awful reverse-rape-that-leads-to-suicide cringe ending that had me staring at the screen, waiting to hear Ba-Dum Tssh.

I played the 18+ version of the game, so I don’t actually know what the differences are in the All Ages version, but since both of these complaints stem from the sexual content in these two plotlines, it stands to reason they’d be better without it. But again, I don’t know for sure, so don’t hold me to it. 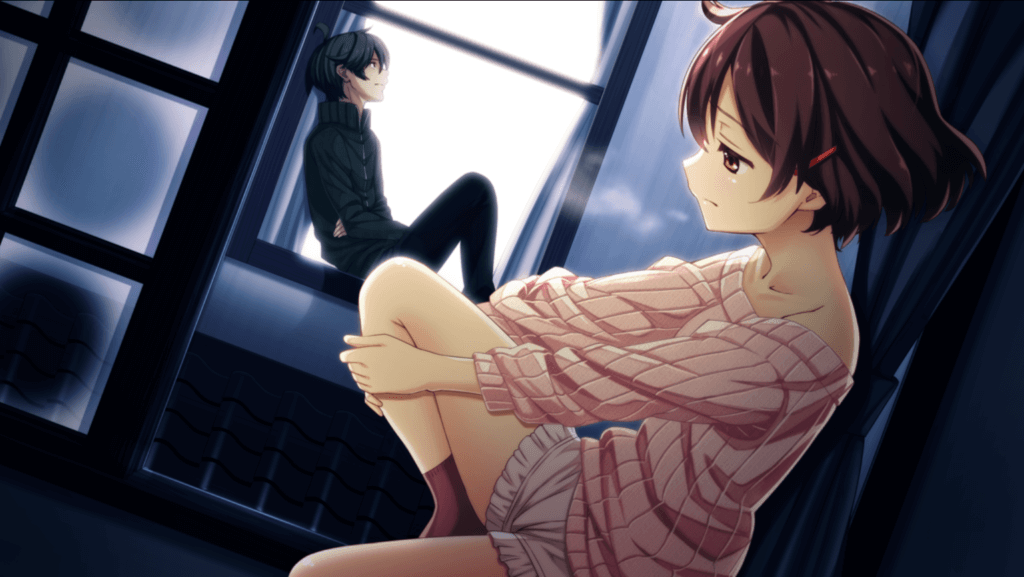 The unavoidable issue lies with the translation. While the actual translation, grammar, and spelling are great, it kind of felt like the localization fell flat. Instead of scenes reading like natural dialogue, many of the lines felt stiff and formal. Simple things like the lack of conjunctions, repeated use of phrases, and rewording a sentence two or three times back-to-back to describe the same thing brought me out of my immersion at times. I got the feeling the game was more of a direct translation, and that they left out edits that could have made it feel more natural to English speakers. This is a fairly common issue with VNs across the board, and everyone has a different preference for how they want a translation handled.

I personally like it to feel more natural in my native language instead of having a direct translation, and while Bokuten didn’t quite hit that bar for me, others may not even have this complaint during their playthrough. At the end of the day, it wasn’t a big enough issue to keep me from playing, but it was enough to dock the game a bit.

There is no question that I loved Bokuten, and I would love to recommend it to everyone. But due to the nature of the game, I can’t. This isn’t the type of Visual Novel to make you feel good, or give you hope, or show you cutesy relationships you can fawn over. Bokuten is a utsuge that wants the characters to struggle, cry, and fight for what little happiness they can achieve. It’s the type of game that doesn’t give everyone a picture-perfect ending because it knows that’s not how life is.

Bokuten is thought-provoking, realistic, and most of the time, just plain sad. For people who can handle this content, I can’t recommend this game enough. Seriously, go get it! I just know that not everyone can enjoy this sort of game, so I’m pushing that ‘Player Discretion is Advised’ tag. But I absolutely loved this title, and I hope other people do, too.

Check out my spoiler-free walkthroughs for Bokuten – Why I Became an Angel!

Bokuten – Why I Became an Angel is available now on MangaGamer and Steam!

Posted in the Recipes category

Delving into Laid-Back Camp for Easy to Assemble Recipes

Bokuten – Why I Became an Angel – Aine Walkthrough

Bokuten – Why I Became an Angel – Minamo Wakamatsu Walkthrough

Bokuten – Why I Became an Angel Overview & Spoiler‑Free Walkthroughs Hub 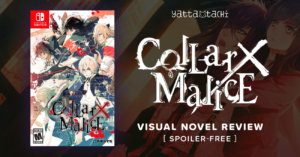 We are on Discord

Join our little community and interact with fellow Yattans!