Don’t know anything about Bustafellows? Check out the Bustafellows Overview and Spoiler-Free Walkthrough Hub!

Do you like cute boys, action, romance, and morally gray characters? Then Bustafellows might be the game for you.

The first thing I have to say is I absolutely loved that the MC, Teuta, is fully voiced. It’s so rare that the female lead gets this much attention in otome and it helped to bring the character and story to life. Yui Kondo did a good job in this role, and I would love it if other games started doing the same. Not only that, but she actually has a personality.

Teuta is a nice deviation from the typical ‘maidens’ that rule the genre. She’s strong-willed, stubborn, smart, and decisive. Coupled with her wit, love for beer, and inability to cook, she’s one of the most endearing characters I’ve ever played as. The best part is, while Teuta is still fairly inexperienced in the romance department, the writers at least didn’t make her a prude. That goes a long way for me since I’m really over the whole, “I’m a grown woman and I don’t know where babies come from,” trope. 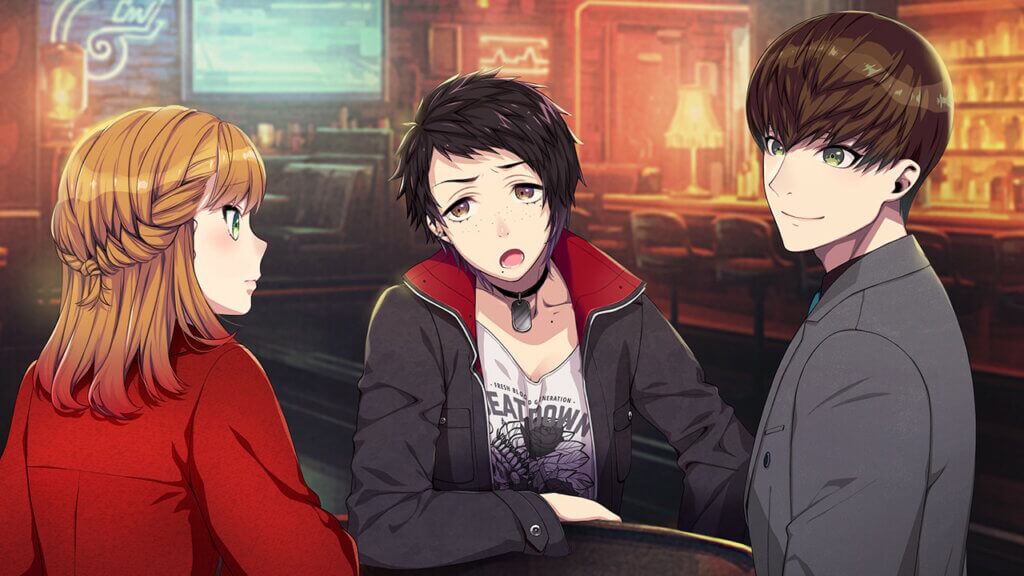 The artwork is nice throughout the game. Styled after the noir genre, the backgrounds make it feel like a crime movie. I loved the special effects they added to the scenes—fires flickering, screens changing, water rippling, and more. These little dynamic bits made the game pop. New Sieg is on the East Coast of the United States and is modeled after New York, and this aesthetic really comes through. The artists did a good job of imitating the Big Apple, and I loved the details they put in like the American(ish) flag. Those little extras were fun and well done.

By far, the best part of Bustafellows is the fellows themselves. Limbo, Shu, Mozu, Helvetica, and Crow were varied, each giving the story something none of the others did. All of their romances were unique, and their backstories were well-thought-out and deep. It drove home the point that everyone has a couple of skeletons in their closets, keeping the story a little darker than typical otome. They were so good that I’m actually conflicted over who best boy is, which isn’t like me. I’m a sucker for those poster boys—Lupin, Hiroya, Misyr, and Dante are some of my favorites. But Shu is pulling on my heartstrings, and I’m here for it.

While there are some nitpicky things I could bring up, like image quality or how slow transitions can be, they weren’t really that big of a deal. Instead, I’m going to focus on the two issues that really bothered me while playing: grammar mistakes and lack of translations.

Bustafellows is riddled with grammar, spelling, punctuation, and coding errors. Unlike most games where these issues are seen more towards the final few chapters, Bustafellows has it bad from the start. There were missing words, wrong words, and misspellings. Text would overflow the textbox and force me to use context clues to figure out what the missing parts said. Repeated sentences and phrases were prevalent, and a few times I ran into entire chunks of text that were just copy-pasted into another section, causing a scene to sound nonsensical. One of the most glaring issues involved Teuta’s brother’s name, which kept flip-flopping between Zola and Zora every so often.

As far as the actual translation and localization goes, it’s fine. It’s the clean-up that’s the problem. The issues are so widespread and pronounced that I think it should be patched. 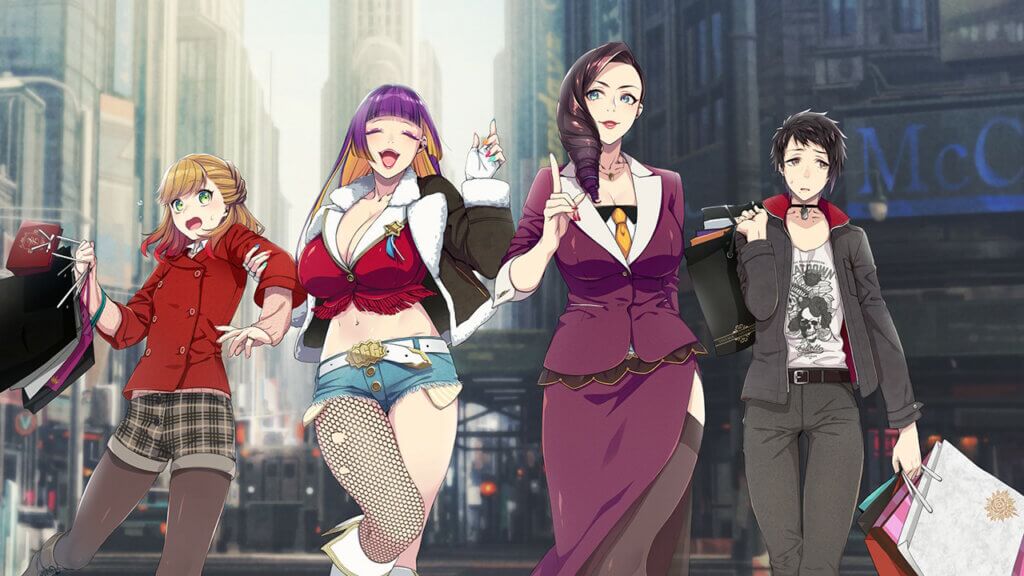 As bad as the grammar is, what I really couldn’t stand was how much dialogue only had voiced lines instead of text boxes. Almost every single transition and throughout tons of scenes the characters can be heard conversing, but that dialogue doesn’t get written out. Instead, you’re left to guess what was said or just pretend you didn’t hear it. I discovered about halfway through my playthrough that sometimes I could look at the backlog and see what was said—for whatever reason, it would be written out there fairly often. I’m assuming there was a coding issue as to why the text wasn’t put on the screen, but it would have meant a lot if they’d gone the extra mile to add it in.

As annoying as it was to pull up the backlog each time this happened, I could deal with it. What I couldn’t understand, and the biggest thing that brought this game down for me, was the fact the last chunk of the final unlockable story is a movie, so there’s no way to pull up a backlog to see what’s being said. It ends up being close to 3 minutes of spoken dialogue, and based on how the story goes it probably contains relevant information to the plot. But without a patch or good samaritan to translate it, non-Japanese speakers may never know. Given that this last story is central to a lot of plot points throughout all the other routes and is super deep and well-done story wise, not knowing what the characters said at the very end is not great. I mean, this story had me tearing up like a baby because it was so good, and whatever was said at the end probably would have made those tears flow. Instead, they dried up from the confusion and I was left feeling annoyed.

So what do I think? Bustafellows is great – from the characters, story, and setting, I was hooked early on. It’s fun, action-packed, and was able to rip my still-beating heart out of my chest more than once. I just think it needed a more thorough cleanup. The grammar issues were prevalent throughout, and neglecting to translate important story dialogue because they were in movies left a bad taste in my mouth. This is especially true since PQube’s other visual novels are very polished, so I know they’re more than capable of putting out near-perfect quality content (Aokana, Raging Loop). But despite these complaints, Bustafellows is still definitely worth playing, and I’m excited to see what PQube brings to the table next!

Game Information: Bustafellows is available on Nintendo Switch and Steam.

A special thank you to PQube for allowing us the opportunity to review this title. Receiving a review copy has in no way altered the opinions expressed in this article.