Content Warnings: Aokana is rated M for partial nudity, sexual themes, and strong language on the Switch and Steam. Please check the ESRB website for more information. The MangaGamer version is rated AO for sexual content.

Don’t know anything about Aokana – Four Rhythms Across the Blue? Check out the Aokana Overview and Spoiler-Free Walkthrough Hub!

I’ll be honest. Out of all the GalGames I’ve played the last few years (which, granted, I mostly stick to otome) this one might be the best.

Aokana has it all—great voice acting, cute and fun characters, artwork beautiful enough to burn your eyes (with a ton of CGs to get the job done), and a good story to wrap it all together. Add in a top-notch translation, very few grammar and spelling mistakes, and no noticeable glitching and you’ve got a five-star visual novel. 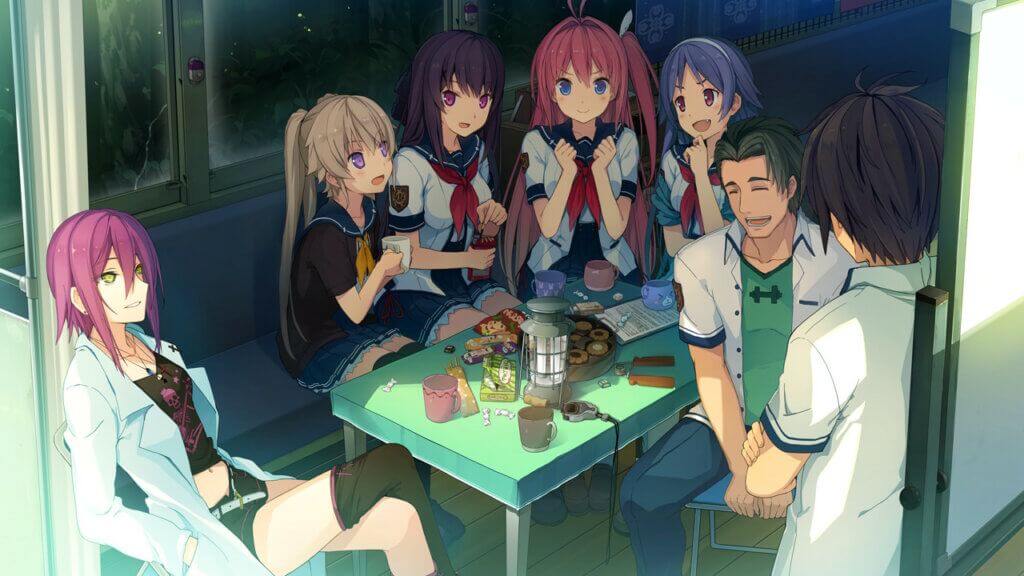 My favorite thing about Aokana has to be the art. It’s absolutely beautiful and full of detail, and there’s just so many. Unlike a lot of games where I feel like I’ve got to earn a CG, Aokana gives them out in spades. You’re meeting a character? Have a CG. Exploring a new place? CG. Wanna see some highly detailed fried chicken? We got you covered with a CG. On a date with a cute girl? Here’s ten more CGs. Seriously, it almost felt like one of Oprah’s giveaways.

To top it off, not only were the important CGs well done, so were the BGs. One of my absolute favorite things this game had to offer that I just don’t see often enough were actual background characters. From classmates, fellow shoppers, and other skywalkers, Aokana had fully-realized, faces-included background characters that had absolutely no role in the game other than to populate the areas, and it was great. It made the game feel so much more fleshed out and realistic, and now it’s got me wishing more VNs did this. And while we don’t see him nearly enough, even our main character, Masaya, had a fully formed face. Let me tell you, there is nothing I hate more than a faceless MC in a VN, so this is a big plus in my book.

Aokana plays out a lot like a sports anime with the added benefit of not being that over the top–besides the actual sport, that is–and each character helps to draw it out in different ways. You’ve got the one who tries her best but always struggles; the does-everything-by-the-book girl; the genius with natural talent; and the prodigy. Each one’s story is fully fleshed out and detailed, each striving a little more than the last. Players have a lot of time to get to know each one, and their character development is great and believable. That’s not to even mention the humor spread throughout the game. The writers and translators did a great job with the script and localization, and they had me going back and forth between laughing like crazy and tearfully rooting for these girls all throughout the game. 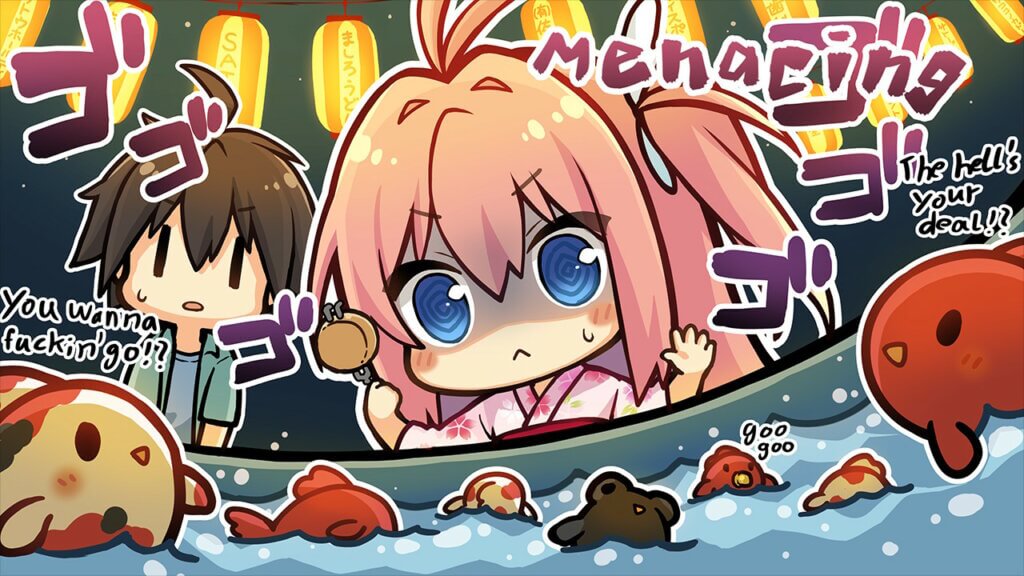 Seriously. You hurt any of my babies, and I’ll find you.

There’s not a lot I’ve got to say against this game. Besides a few very obvious spelling and grammar errors that should have been caught and some sort of glitch that sometimes causes a white flash on the screen between text boxes, there wasn’t much wrong. Really, the only things that come to mind are: one, a character falls into that stereotypical ‘It’s a girlfriend’s duty to…’ trope that I hate; and two, for the Switch version, you can very obviously see where the H-scenes were meant to go because of some awkward transitions and some spicy CGs that seemingly come out of nowhere. That’s about it. 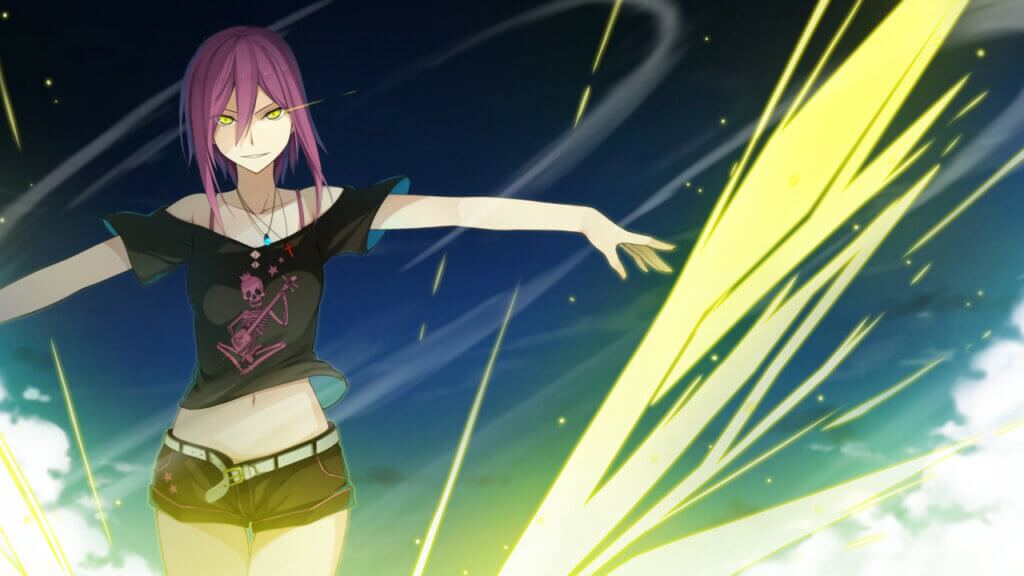 Oh, maybe you can count the anime as a negative? It came out in 2016-ish through Crunchyroll, which is where I first heard about the game, and it was…. meh. So if you’ve watched it, don’t knock the game for it. And if you haven’t watched it, play the game instead.

Aokana – Four Rhythms Across the Blue is an absolutely wonderful game with a fully fleshed out world, fun and compelling characters, and a good story all wrapped up in some of the prettiest artwork I’ve seen in a game. It’s the sort of title I think anyone could relate to on one level or another, and its very simplistic gameplay and low choice count would be perfect for anyone trying out the genre for the first time.

Game Information: Aokana – Four Rhythms Across the Blue is available on Nintendo Switch, Steam, and Manga Gamer. The review and guides are based on the Nintendo Switch version of the game.