Don’t know anything about Variable Barricade? Check out my Overview and Walkthrough Hub!

Variable Barricade might have the most beautiful art I’ve ever seen in an otome. From the character designs and sprites to the chibis and full CGs, everything is crisp, colorful, and stare-at-it-endlessly beautiful. But the CGs were more than just pretty things to look at. Each one really worked overtime to convey the setting and the characters’ personalities. I haven’t seen a CG that made me think this in a long time, so there’s no doubt in my mind that VariBari is worth playing just for this. Add in that there are well over 200 CGs (including variations) in the game, and you’ve already got a winner in my book.

In terms of translation, editing, and programming, VariBari is very well done. There are a few misspelled words and incorrect punctuation, but none of them are too problematic. They’re also pretty spread out, and I was never taken out of the game because of them. 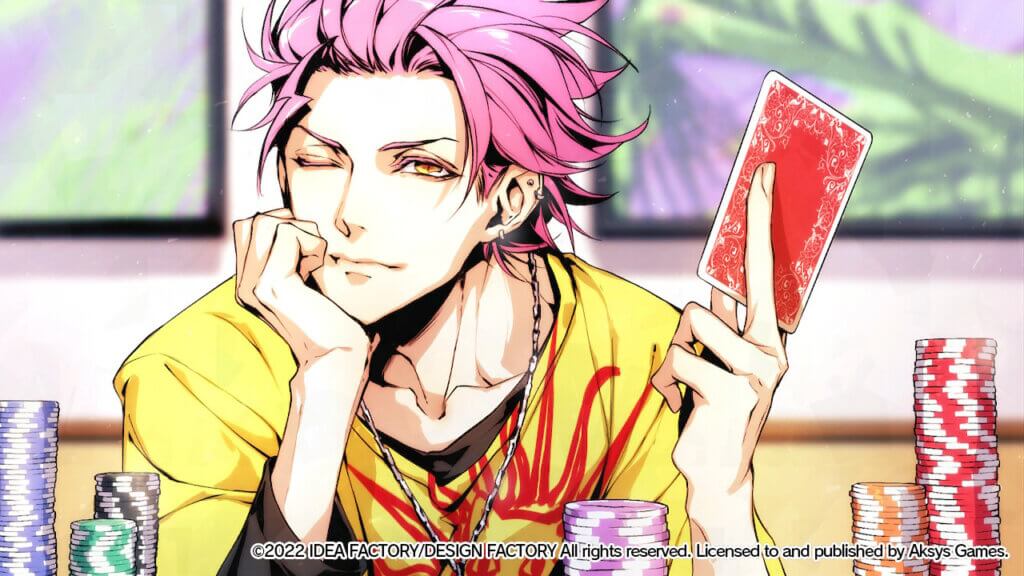 The game is a decent length, too. To complete all four boys, the True End, the two extra Bad Ends, and read all of the side stories, bonuses, and more, I clocked in around 50 hours. Granted, I didn’t bypass the common route on any of my playthroughs, and ending 17 took me forever to find. Even taking that into consideration, VariBari sits nicely in that average playtime scale.

The side characters around Hibari are nicely fleshed out with their own backstories and personalities to boot. They give Hibari very different perspectives on dating and romance as well as big life choices, showing that what doesn’t work for one person might work perfectly for another. Their discussions on lifestyles and their inclusivity on those sorts of topics was a breath of fresh air, and I already know these characters are going to stick with me for a while to come.

Though there are only four compared to the typical five romanceable options, it doesn’t feel like the game is missing anything. I absolutely loved how different each of the LIs were and how they tried to romance Hibari in their own ways. Their competitiveness when they’re all vying for her attention was hilarious to see, and their comradery when trying to help Hibari was a shining point in the game. As for the boys themselves, this is definitely a title that will have something for everyone. Each LI is so different from the next that I think it would be hard for anyone to say they loved them all, but everyone should finish the game with at least one new favorite husbando. For me, it’s Taiga. Hands down. No question. Give me all the merch of his stupid smirk and stupid face because I can’t get enough.

While the translation and editing wasn’t bad, there were definitely some weird line breaks that caught me off guard more than a few times. While many of them would prepare me with ellipses beforehand, many others didn’t. I found myself referring to the backlog frequently to see the complete sentence or thought because of this. While it was nowhere near the worst issue I’ve encountered with a VN, it was annoying enough to be mentioned. 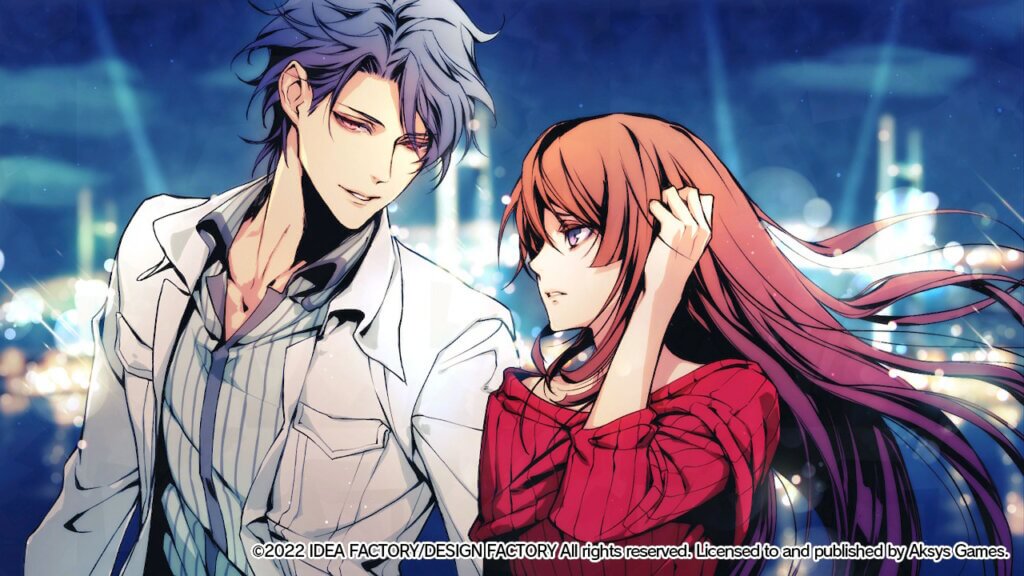 As the main character, Hibari was very hit-or-miss with me. While I liked her growth in most of the routes, very frequently she came off a little too holier-than-thou. I get that it’s all part of the overarching story, but her treatment of anyone she deems ‘unworthy’ or ‘lesser’ could get a little too harsh for my taste. This is definitely a personal preference, so take it as you will.

Next is the Barricade Board system. Honestly, I’m not a fan. I used it for my first full playthrough, and all it did was take me out of the story each and every time I had to go to intermission. I would have been okay with it if it was a flowchart, but it’s not. I couldn’t replay scenes from it until I exited to the Gallery, it didn’t have any branching paths, and it didn’t show me where all the endings were to help me figure out how to unlock them. It felt like a cheap gimmick that only hindered the storytelling. Once I finished my first route, I turned Continuous Play on, and I never looked back. I definitely enjoyed the game much more after that.

WARNING: I’m about to get into heavy spoiler territory on an individual route and the True Route. Normally, I don’t do this sort of thing, but there are some severely triggering events that take place that I think need to be addressed. Please proceed with caution.

Ichiya’s Route: First big thing: Ichiya is 26 while Hibari is 17. This massive age gap was startling off the bat, especially since she’s around these men to find a fiancé. If this was all there was to his route, I probably wouldn’t do more than mention it. However, his route takes a worse turn towards the end. When it seems that Hibari won’t love him no matter what, he kidnaps her, participates in a high-speed car chase with her, then drags her to a cliff and tells her if she won’t love him, he’s going to kill himself by jumping. It’s only thanks to her realizing she needed someone willing to die for her at this moment that prevents him from committing suicide in front of her. Hibari even goes on to mention at the end of the route that she’s fully aware this isn’t a normal or okay dynamic. All of these things add up to a very unhealthy relationship and a very disturbing route to play.

True Ending Route: The other very troubling bit in this game is how the True End plays out. Turns out, Kasuga is Hibari’s full-blooded older brother, and he’s been obsessed with her since she was born. After finding out that her parents are, in fact, alive and that she was in the midst of running away with her brother to avoid being split up when she was five, an accident happened that caused her to lose her memories. This didn’t stop Kasuga, though. After completing college at the age of 11 and striking a deal with their grandfather, Kasuga took up the position of Hibari’s personal butler and worked to isolate her from everyone else. The entire reason she was sent to the Tojo family home was to separate the two because of their unhealthy codependent relationship to begin with, and no one thought to explain this when she was old enough to understand. Instead, it takes Kasuga’s obsession with Hibari reaching a boiling point where he tries to whisk her away to England in order to isolate her further and be the only person she relies on for the truth to come out. While none of the dialogue hints at incest being on either of their minds, some of the CGs and insinuations are more than a little off-putting. Not only did I think this was a little problematic, I think it was a horribly contrived ending that almost ruined an otherwise great game.

For those who are uncomfortable playing these kinds of routes, I’ve included the password to the Full Open. Be aware, the password itself is also a spoiler for the True End. Password: Show Spoiler Tsubame

Variable Barricade is a beautifully polished, laugh-out-loud rom-com with some amazing artwork and a plethora of unforgettable characters. Any otome fan will find a lot to love, whether it be the story, characters, or visuals. While the game definitely has some issues, I still think it’s worth playing and I highly recommend it. I thoroughly enjoyed my time with this title, and I think it was a great otome to start 2022 with.

Now if you’ll excuse me, I need to swap my PC background with a CG of Taiga. If only I could decide which one…

Don’t know anything about Variable Barricade? Check out my Overview and Walkthrough Hub!

A special thank you to Aksys for allowing us the opportunity to review this title. Receiving a review copy of this title has in no way altered the opinions expressed in this article.