Note: This is part two of three for the So You Want to Be a Warrior of Light: Final Fantasy XIV Beginner’s Guide! If you haven’t yet, please start by reading part one of the guide!

“I’ve picked my server, made my character, and chose my starting class. What do I do now?” This is a question I get a lot from new players. “What quests should I do? When do I unlock dungeons? How should I level up? Should I level all my classes at once?” Even if you’re used to MMO’s, Final Fantasy XIV is different from other popular titles in the genre. While there are a ton of things to do in the game, there’s one thing that stands above all the rest when it comes to importance: quests.

The number one thing I get asked about –and see done in the most unproductive ways– is questing. All of the quests in FFXIV can be broken down into three categories: Main Scenario Quests (MSQ), Class/Job Quests, and Side Quests. You can do them in any order that you’d like. Just know that there’s only one way to keep you from bashing your head into your keyboard when your friends ask if you want to run a raid and you discover you’re 100+ quests away from unlocking it.

The number one most important thing to focus on when playing FFXIV is the MSQ. No, you don’t need to pick up side quests. No, don’t worry about grabbing every class as soon as you come upon it. And no, you don’t need to keep all of your classes at the same level. The MSQ is your way to unlock almost everything in the game. Every expansion, every new area, and all but a handful of dungeons, trials, and raids (and even those will require you to be at a certain point in the MSQ for them to become available). If you’re behind on the MSQ, you’re behind on almost everything else in the game. You may have just bought the Final Fantasy XIV: Complete Edition, but you can’t jump straight into the newest expansion without first going through the other two.

To make things a little easier, there is a user interface (UI) element that will show you what your next MSQ is, and if you click on it, it’ll pull up a map and show you exactly where you need to go. This feature will be your best friend. You’ll also notice that the MSQ icon is gray instead of the typical gold color, and it looks like a meteor. The game wants the icon to stand out, so it’ll be pretty hard to miss it.

A lot of people that I talk to are concerned that they won’t be able to keep up with the rising level requirement for the MSQ, but this isn’t really something to worry about. The MSQ is your number one way to get experience (EXP) and will take care of almost all your leveling needs. During your level 14 MSQ you’ll unlock your first dungeon, and every few levels thereafter one will be unlocked. If you find yourself falling behind on levels at all, just run the most recently unlocked dungeon a couple times to catch up. This is also a good way to stay decently geared while you’re making your way through older expansions and patches.

Now technically, there is a way to skip most of the MSQ if you’re wholly uninterested in the story –which is super good, by the way– or if you’re wanting to make an alt and not have to deal with getting through two full expansions again. The Mog Station sells an item called a Story Skip Potion that will allow a single character to bypass A Realm Reborn and Heavensward’s MSQ. Now keep in mind, you will need to do Stormblood’s MSQ to unlock everything and get to that glorious end-game content. But if you’ve got friends waiting on you to catch up, it’s an option worth considering.

The second most important item on your FFXIV agenda is your class quests. There is not a single class or job that doesn’t have a series of quests specific to it; whether you’re a Disciple of War, Magic, Hand, or Land, you will be returning to your mentor NPC for levels and levels to come.

That UI element I mentioned before? It’s a wonderful multipurpose tool. When you’re on any class that needs to complete a class quest, it’ll tell you. While the MSQ is inside the bubble, your class quest will show up right below it. And just like the MSQ title, you can click the class quest and have a map pop up showing you where to go.

These quests aren’t nearly as long as the MSQ, and they appear less frequently as well. For the first 50 levels, there will be a class quest for every fifth level you reach. After level 50 is when you get into Heavensward content. HW increased the level cap to 60 and gives you a total of six new quests, one for every even level. Once that’s completed, you’ve made it to Stormblood –congrats! SB gives five new quests that are spread out across the ten new levels you pass on your way to 70.

Why are these quests important? They unlock your most important moves. While many abilities will unlock through general leveling, crucial parts of your core rotation will only become available after completing the appropriate class quest, so you definitely shouldn’t skip them.

Another thing to keep in mind is that even if you out-level an expansion, you can’t do any more class quests until you’ve unlocked the next expansion through the MSQ. For instance, if you’re level 52 but you’ve not finished ARR, you will not be able to do your level 52 class quest because it would take you into an area in HW that you haven’t unlocked yet. So while you may continue to gain levels, you won’t have access to any of your higher level moves.

If you thought there were a lot of MSQ, wait until you dive into side quests. There are dozens per expansion and they offer some pretty good EXP for doing fairly simple tasks. Most veteran players will tell you not to touch side quests on your main class and to use them to level your secondary jobs. This is a good strategy to use and it’s something I myself have done. The one complication is that side quests can be broken down into two different types, regular quests and special quests, and there is a hierarchy among them.

The regular side quests are exactly that. Regular. They’ll typically give you some sort of award upon completion like gil (the in game currency) or maybe some common gear or potions. These are a big help in keeping your secondary classes geared enough for running dungeons and trials while working towards the maximum level.

The special quests are, well, special. Though their quest markers have the same shape as the regular side quests’ (a kind of golden balloon-ish shape), the special quest icons are colored blue and have a plus sign. These special quests will always unlock something and should typically be picked up as you come across them. When you click on a quest, a description box will appear and tell you what the reward is. Examples of this are aether currents that unlock flying, gear, or unique items that you can only get from that quest. If it doesn’t show a reward, chances are the quest will reward something less tangible. Dungeons, raids, trials, and beast tribes are possible rewards in those instances. While the MSQ is still the most important thing to focus on, special quests are the exception to the ‘don’t do side quests’ rule.

Keep in mind, this isn’t a set-in-stone order of operations on how to play the game. You pay your own sub, so you should play the game as you like. But hopefully this guide has given you some good information to help you get started exploring Eorzea!

Finish up with the last installment of my Final Fantasy XIV beginner’s guide! 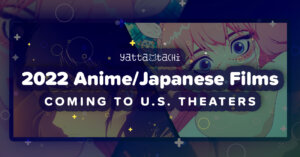 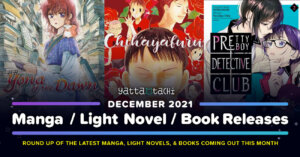