Originally published in the West for the PS Vita, Collar X Malice has been a huge hit amongst the Otome fanbase for its complex characters, dark narrative, and action-packed scenes. It did so well before that Aksys Games brought a port of the title to the Nintendo Switch, giving it new life on a new handheld, and had the fandisc, Collar X Malice -Unlimited-, tag along as well. While I originally played Collar X Malice on my Vita when it first launched, I decided to revisit the game for players who are just now getting into the series, or for those new to the Otome genre in general. 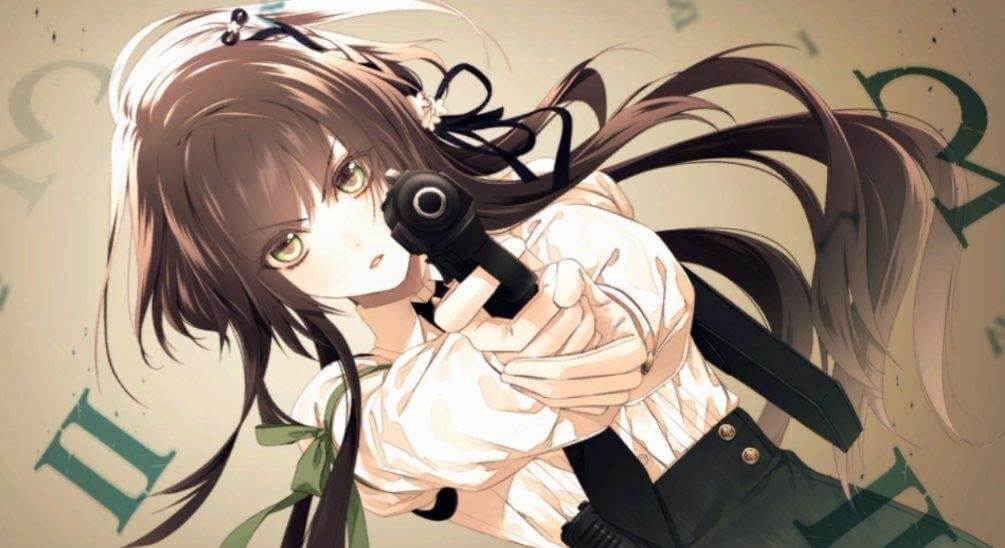 Shinjuku is in chaos. After being hit by a domestic terrorist attack, the city has gone on lockdown as police try to uncover the mysterious group known only as Adonis and prevent more killings from happening. Their work isn’t easy–Adonis can strike at any moment, and it is only thanks to their signature calling card left at every murder, counting down to something called X-Day, that the police can tell the difference between the actual group and the plethora of copy cats running rampant.

As a young rookie cop, Ichika Hoshino is ready to do anything and everything she can to return Shinjuku to the peaceful place she loves, but this won’t be easy either. After being attacked by Adonis, a collar full of poison is clamped around her neck. Able to monitor her every move through the collar, Adonis directs her:

“Now, show us…
Ichika Hoshino.
Show us what justice means to you…”

Ichika has to keep her collar a secret except to a handful of people allowed to help: Takeru Sasazuka, an ex-cop with a focus on cyber crimes; Kageyuki Shiraishi, a profiling expert; ex Field Ops Team member, Mineo Enomoto; Special Police Officer Kei Okazaki; and former cop turned Private Investigator, Aiji Yanagi. With time steadily ticking down to X-Day, this rookie will have to learn how to swim, or risk drowning in the blood Adonis keeps spilling.

Collar X Malice is a massive game with an array of characters, beautiful art, and a lengthy story. Like most typical Otome, CxM has five Love Interests, multiple endings, Dictionary Terms to collect, a bunch of CGs, and enough choices to keep your saves filled or have you frantically looking for a guide to avoid yet another Bad End. For people like me who thoroughly enjoy the standard setup for these games, you’ll find much of the same here. There are some extra tidbits to this title that helps to set it apart from others, though, one of which being a shooting minigame. It doesn’t appear often, and depending on the player it can be a hit or a miss in terms of actual enjoyment. 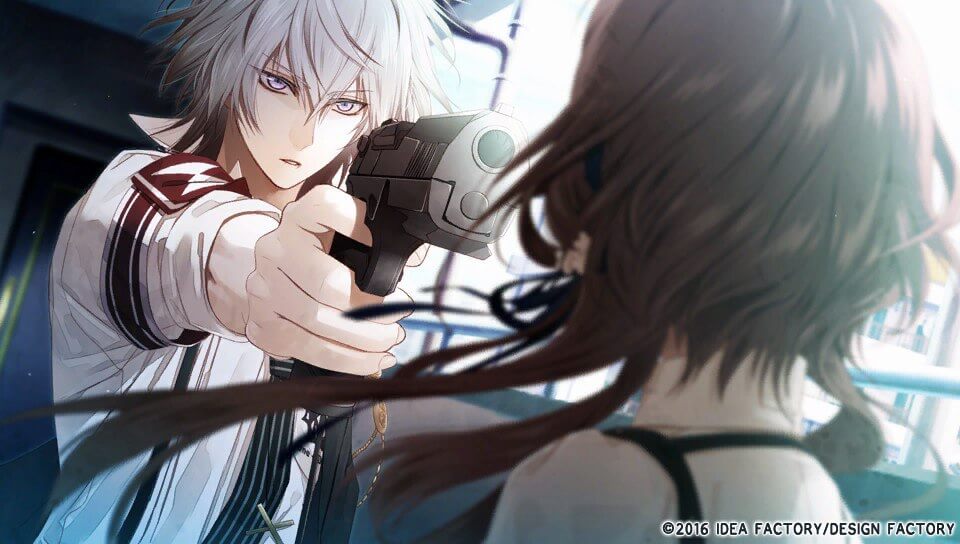 Honestly, there’s not much to say against this game. When it comes to the programming, translation, grammar, glitches, and other things that typically get in the way of staying immersed in Visual Novels, there aren’t a lot of issues. While you’ll see the occasional double word or awkward sentence, this game is definitely better than more recent entries to the genre.

And while I don’t personally dock the game for this, it should be known that the story is very dark at times. People can be shot, stabbed, or killed; there are characters who abuse others, and some have been abused–Collar X Malice does not shy away from its concept of a town being run by domestic terrorists who don’t think the police are doing enough to clean up the scum from the streets. Brutality is a way of life the city is currently living under, and any hope of avoiding bloodshed is false. For players who aren’t comfortable with themes like this, Collar X Malice is definitely a game to avoid.

Do I recommend this game? Definitely. For fans of shows like Law and Order or Criminal Minds, or for people who enjoy Otome and good storytelling in general, there’s a lot to love about this game. It’s dark, it’s deep, it’s engaging, it’s sexy–it shows that line between Lawful Good and Chaotic Good that’ll keep you pressing that A button as fast as your fingers can. So without a doubt, Collar X Malice is a win in my book.

You can purchase Collar X Malice on the Aksys’ store, Nintendo’s store, and Gamestop!