Otome games, or otherwise simply referred to as “otoge” (the combined word of ‘otome’ and ‘gee-mu’, Japanese for ‘game’) are exactly what they seem to describe. They’re a derivative of visual novels (i.e. playable stories) aimed toward “otome” (Japanese for maiden), and through a series of choices, the player can end up with the suitor of their choice. Yet, the games are deceptively simple for there are so many genres to play that keep the niche refreshing and fun.

Take this synopsis for Cafe Enchanté: 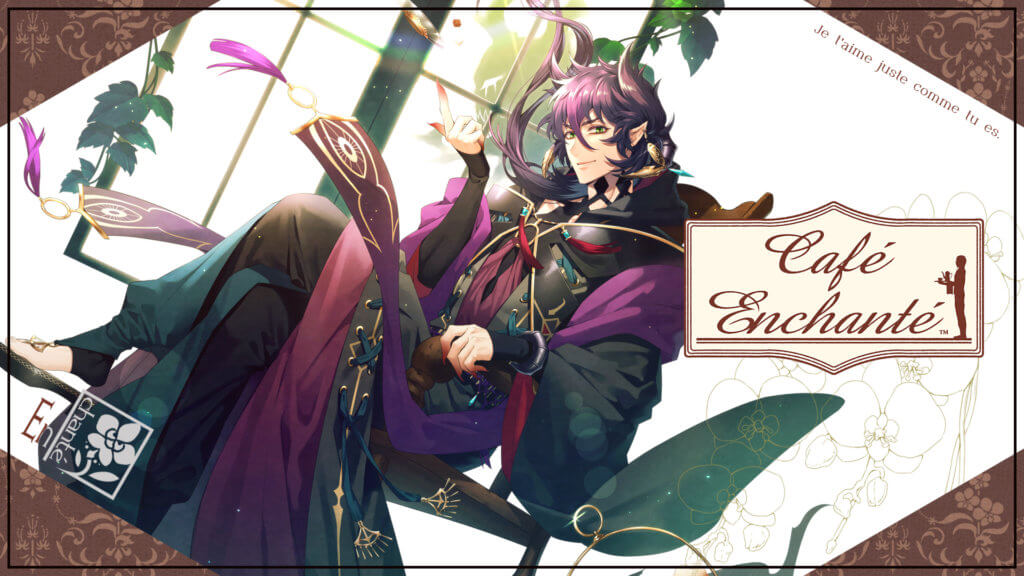 “When Kotone inherits her grandfather’s Tokyo café, she discovers the shop holds more secrets than anyone could imagine. The café is a meeting place for beings from multiple, mystical worlds. You’ll meet the king of demons, a humanoid beast, a fallen angel, and more. And when government agents monitoring non-human activities show up at your door, your new café is about to become a lot more colorful.” 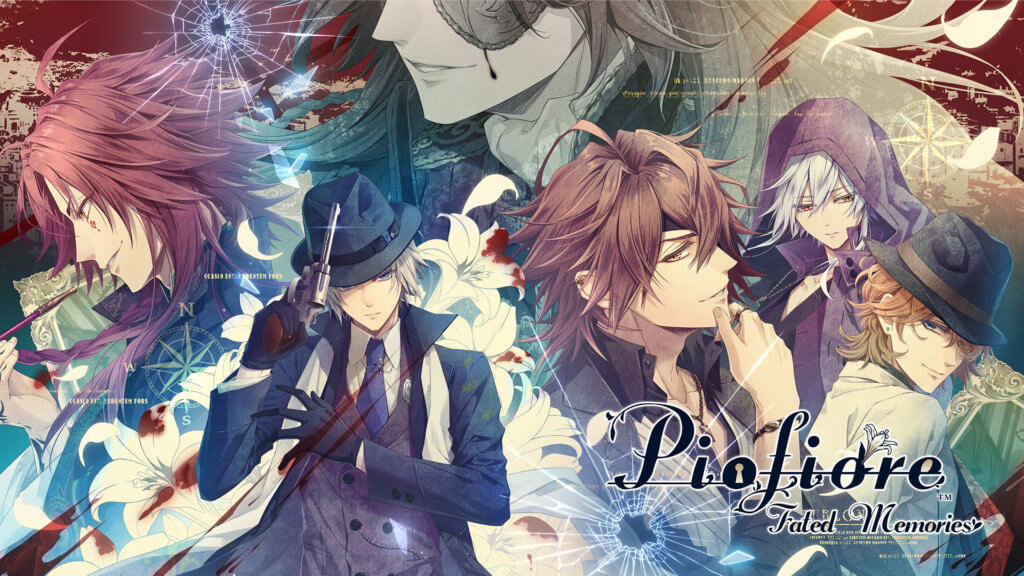 And compare that to this synopsis from Piofiore, another otome on Switch releasing early next year, also published by Aksys: “Liliana Adornato was born and raised in the church in the ce­­nter of the Italian city of Burlone. Three criminal organizations control parts of the city, and Lili discovers that she is literally in the center of their turf wars. Her encounters with the leaders of the Falzone, Visconti, and Lao-Shu families lead to danger and distraction. Once Lili is drawn into the shadowy world of organized crime, she realizes there is no going back.”

Check out our spoiler-free reviews for both Café Enchanté and Piofiore!

No matter what stories you are attracted to, there are otome games for all kinds of audiences.  Since the genre’s conception in Japan, these games were accessible in ways more than just their content. Otome games were released on computers first before they slowly made their way to handheld consoles like the PSP and home consoles such as the PlayStation.

With the PC, the market found the sweet spot: a large consumer base (almost everyone had a personal computer), an attractive gameplay mechanic with its point-and-click style, and a heavy focus on narrative choice rather than skill-dependent, linear plotlines common to action RPGs, shooters, or fighting games. Suddenly, heavily male-coded games weren’t one of the only things available to play now. Companies saw the untapped market that was the female-player base and decided to make games that targeted women instead of men.  In fact, the Japanese domestic-market of female-orientated games was once projected to increase to 20 billion yen ($189 million) in just a few years.

The story of how otome games were invented is quite well-known. It all started with Koei (later merged with Tecmo to become the Koei Tecmo we know today of Dynasty Warriors fame) and its female-team division, Ruby Party. Ruby Party developed Angelique, the first-ever otoge, which then led to several entries into the franchise. Others saw their success and wanted a slice of the pie. Idea Factory, a video game developer company following Koei, had its own otoge division called Otomate. They created some household names that many otome fans know of such as Hakuoki (a samurai-dating game), Amnesia (a mystery thriller), Diabolik Lovers (lots of vampire boyfriends), and many more. Out of the hundred games they’ve made over the years, only a very small percentage of their games ever made it to having English localization.

There aren’t many definitive reasons as to why this is, at least in the earlier years of otome games. Perhaps Japanese companies didn’t believe that there was a market for these games, and localization companies didn’t think it’s worth the effort since there’s a perceived lack of interest. One reason that could be one of the defining factors was the licensing costs for the voice actors. Starry Sky, a cult-classic otoge, had a fairly large fan base due to its beautiful artwork and the accompanying anime adaptation that was released in 2008. A localization company by the name of JAST USA had announced to much fanfare at Anime Expo in 2011 that they would be trying to bring over the much-demanded game to English-speaking fans. Unfortunately, after three years, the game still hadn’t been localized. The head of the company, Peter Payne, revealed that the problem lies with “its ‘all-star cast’ featuring famous voice-actors, whose inclusion would require a significant licensing fee.”

No matter the reason, the West did see some releases. Yo-Jin-Bo, the first-ever English-translated otoge, was translated for international audiences in 2006. Yet, the otome industry waited half a decade later to bring Hakuoki over in 2012 and Amnesia in 2015. These last two were blockbuster hits in Japan, which sufficiently convinced IdeaFactory to get them localized. English releases came far and few in-between from Japan. 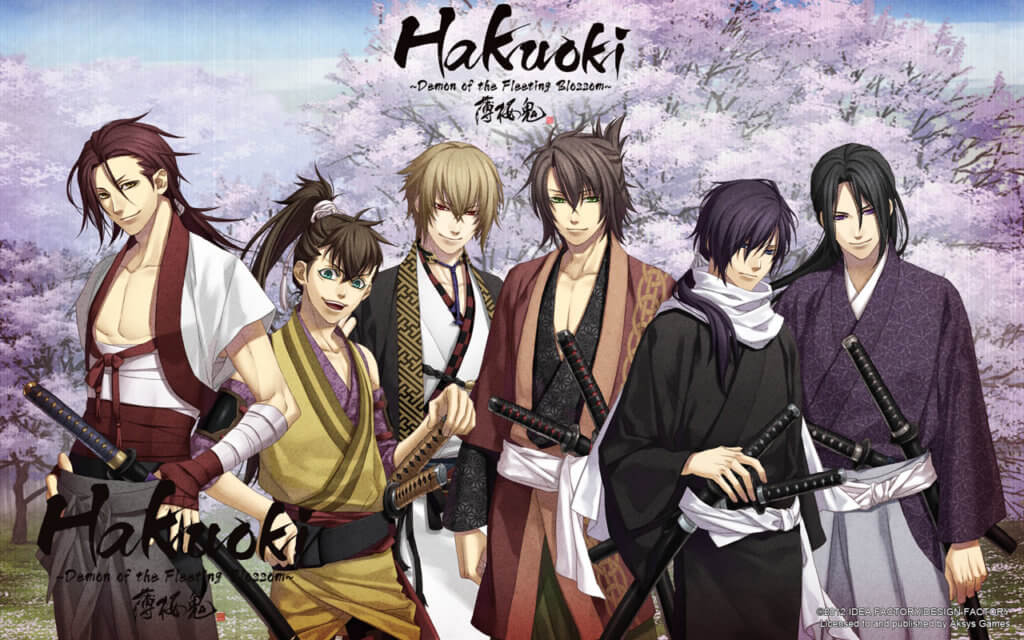 The lack of content from Japan, the originator of otome games, then begs a question for its English-speaking fans: how did the otome community in the West deal with this? Well, they started to translate on their own.

Fan Translators Taking Up the Mantle…

Fans saw the writing on the wall. If they wanted to play any of these games in English, they would have to do it themselves. Teams of fan translators came together. They learned how to code so they could replace Japanese text with English text. They got Japanese-fluent English-speakers to help them with translating the hundreds of thousands of characters. Proofreaders, quality checkers, the whole nine yards. They posted them on blogs, forums, English-patch websites for visual novels, and wherever else people could find and download. This was how the first-ever translation of Starry Sky: In Spring (the first of four in the franchise) came to be. Many people didn’t have the means or the money to import official copies from Japan to wherever they lived.

So, they looked to others who uploaded the full game (which definitely wasn’t legal regardless of the translation patches). Either the fan-translation, the patch, the full-game uploads crossed the line because, HoneyBee, the developer of the games, and/or their parent company, Asgard, found out about the efforts to translate the rest of the series and promptly shut it down. Though copyright strikes and legal threats frequently stopped fan translators over the years, fans continued their efforts to translate other otome games and visual novels for many people to enjoy.

These fans garnered interest in otome games to people who have never played them before due to the language barrier. Coupled with that, otome fans started to create their own games using Ren’py, a visual novel engine and spreading the gaming medium to a wider audience. The activity in the English-speaking otome community created fervor and demand for more otome games, especially from Japan. Additionally, remember the Starry Sky anime adaptation? Well, more anime adaptations got translated in the meantime. English-speaking fans could consume otome games in a much less interactive way and casual anime watchers would find out about these otome games through the anime. All of this increased interest in otome games and eventually led to the influx of more localizations at a pace never seen before.

In Japan and the rest of the world, the Playstation Portable (PSP) was quickly becoming a visual novel handheld console of choice (next to the Nintendo DS). Otome developers saw the increasing consumer-base and the allure of playing these games on-the-go so they started to develop games for the PSP and later, the PS Vita. Aksys Games Localization, a well-known company responsible for localizing games such as the Nonary Games series, was one of the few to pick up some otome games such as the PSP ports of Hakuoki. Afterward came the PS Vita which caused even more otome games to be translated such as Bad Apple Wars… and even more Hakuoki ports (they really won’t stop making more Hakuoki ports). It still took many more years before the surge of localizations began, however.

As the years went on past the otome PC days, developers looked toward more devices to bring their games. They saw the popularity of gacha-style, in-app purchase heavy mobile games and wondered if they could apply that to otome games. Thus, Mystic Messenger, the most prolific otome mobile game to date, arrived on the scene and caused waves amongst otome fans and non-fans alike. After a staggering number of one-million downloads, Mystic Messenger supported what many had already known but couldn’t tangibly prove until now. There really was a market for otome games for English-speakers and it was growing larger in size by the day.

Steam became the foreground for localized otome games. Amnesia, Ozmafia, Steam Prison, and yes, Hakuoki were all listed on the store for hundreds of players to purchase and experience for the first time outside of Japan. Soon, games such as Taisho x Alice and Nightshade joined the list to much fanfare. Recent and frequent releases of otoge games spelled out what many hoped and couldn’t believe could happen back in the early 2000s: English-translated otoge games were finally accessible to the fans without any need for expensive (i.e. importing games) and slow workarounds (i.e. waiting for a fan translation with the risk of copyright).

Nowadays, Aksys Games is back to focusing on a whole slew of otoge games for the Nintendo Switch. Their most recent releases are Piofiore and Café Enchante, with plans of more to come as Aksys recently announced in a newsletter focused solely on otome games. Compared to where the otome community was a few years ago, this would have been completely unheard of. Though there are a few hiccups regarding Aksys and how they view otoge games to be adverse to male-gamers as well as the slew of grammatical and formatting issues in another recent release, the fact remains that in the coming years, otome fans in the West will be having a lot more variety than they imagined.

With all of this happening from the East, it would be remiss to ignore the Western developers who are also making their own otome visual novels. Like their Japanese counterparts, all of them have their own quirks, niches, and a large pool of obtainable bachelors (and bachelorettes!). Without a doubt, to an otome fan, the more the merrier.

Hopefully, for the next few decades and into the foreseeable future, otome games continue to grow no matter what platform it finds itself on next. The world needs a little bit more love right now, and what better way than romancing very attractive fictional people?

Be sure to check out our other visual novel articles, which include spoiler-free reviews & character route guides!