Our Summer 2019 Anime First Impressions series was a hit, so we’re back for Fall 2019! Before the new season of anime started, we ran a poll asking our readers what new non-sequel, non-spinoff anime series they wanted us to investigate. Over the next week or two our team of writers will be watching the first episode of the poll’s top 3 shows and telling you if they’re worth putting into your queue.

In the interest of transparency, the real winner of this season’s poll was BEASTARS. But it’s in Netflix jail for the time being, so we’ll review it as part of whatever season it comes out closest to. The next highest 3 were Africa Salaryman*, Ascendance of a Bookworm, and Case File No. 221: Kabukicho*, and of those, Ascendance of a Bookworm is the first to air. 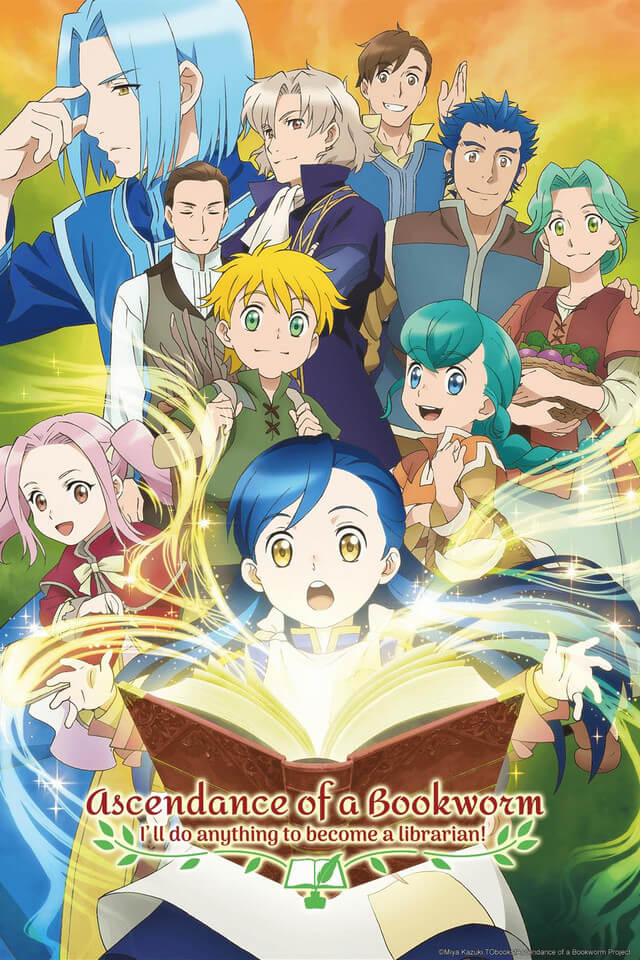 “Avid bookworm and college student Motosu Urano ends up dying in an unforeseen accident. This came right after the news that she would finally be able to work as a librarian like she had always dreamed of. When she regained consciousness, she was reborn as Myne, the daughter of a poor soldier. She was in the town of Ehrenfest, which had a harsh class system. But as long as she had books, she didn’t really need anything else. However, books were scarce and belonged only to the nobles. But that doesn’t stop her, so she makes a decision… “If there aren’t any books, I’ll just create some.”

But what does the Preview Team think?

Our first show of the season brings us the isekai adventure of a bookworm stuck in the past. The episode begins on a pretty low-key note, with our protagonist Myne getting acclimated to her new reincarnated life. As a fellow bibliophile, I can relate to the horror and boredom of living in an environment without books.

The episode introduces this as Myne’s first obstacle in the world. She’s given an opportunity to touch a book for the first time and it’ll be up to her to convince a seller to give it to her. Hopefully, we’ll see how things shape up as Myne finds out more about this world. Overall, Ascendance of a Bookworm seems to be a more laid back take on the fantasy genre, focusing more on the day-to-day interactions between humans than monsters, magic, and wars. If you like these kinds of shows, add this to your queue.

Ascendance of a Bookworm is one of the most popular light novel isekai out there at the moment, and I can see why from the first episode. With an intriguing premise, lack of overarching demon lord that the isekai’d main character (MC) needs to beat, and a purpose for the MC outside of adventuring, Bookworm should be able to stand out from the rest of the glut of isekai’s being released right now.

Sadly, it doesn’t. For every good point the first episode has, the animation was lackluster and the absence of a “hook” – and no, the pre-credits scene doesn’t count – left the first episode feeling bland and boring. The entire show felt as lifeless as its digital coloring.

Luckily, Myne’s cute enough and the premise is intriguing enough to get a second or third episode watch from me. Mainly, I just want to know how she plans on writing a book at her age!

With so many isekai populating the industry, it’s hard to break through and shine above the rest. Ascendance of a Bookworm tries to do just that… And doesn’t quite make it.

This anime should be right up my alley; a girl obsessed with books who only wants to read is basically me in a nutshell. But nothing stuck out to me except how nothing stuck out. Like, at all. Everything is very middle of the road: the characters, story, even the art. I found myself thinking the show was just trying to ride the coattails of other isekai using a small budget.

I’ve not read the source material so I’m not sure how episode one compares. As for the show itself, it didn’t do anything for me and I’m very disappointed about it–seriously, Myne is me with blue hair. So will I continue watching? Not a chance. My time would be better spent actually reading than watching an anime about a girl wanting to read.

“Ascendance of a Bookworm” is streaming on Crunchyroll.

Be sure to check out our first impression of Africa Salaryman and Case File No. 221: Kabukicho!

*These shows were listed in the poll as African Office Worker and Kabukicho Sherlock, respectively. They were given new localized names after the poll was created, and those new names will be what we use going forward.