When I hear that an anime is getting a live-action adaptation, I go through something similar to the five stages of grief. First comes the excitement that one of my favorite series is getting the love and attention it deserves. Next is that heart-dropping feeling when I think of all the movies that went horribly wrong. After that is a faint feeling of hope that maybe, maybe, this one won’t be too bad. Lastly, I tell myself I’ll watch it… and then I usually don’t. But when the chance to watch Tokyo Ghoul S in advance slid into my DMs, how could I say no? It’s not every day I get to watch my little baby Kaneki in HD after all.

Fans of the manga series–and anyone who’s viewed the previous movie–will have no trouble in understanding the film. The content stays pretty true to the source material, which is to say it’s darker than my parents’ basement in the middle of the night. Instead of following the manga scene-by-scene, though, the movie focuses on Kaneki’s first series of encounters with the gourmet. While this allowed the movie to have an easier time setting up a beginning, climax, and resolution, it had to sacrifice a ton of content to do so. The CCG is basically non-existent except for two small scenes, one of which that could have been left out and not made any difference to the movie. However, this isn’t to say it was a bad choice. In terms of story, Tokyo Ghoul S felt decently solid, despite the decisions and sacrifices needed to adapt the dense series into a movie. Though die-hard fans of the manga may not be as satisfied with the film, newcomers to the series will find it easier to digest. (Pun intended.)

The scenes where characters pull out their kagune came across better than I had anticipated. Little details, like the appendages pulsing and scales glistening, helped give the scenes more realism and a bigger impact. While it’s still obviously CGI, the detailing and the way the actors interacted with them is definitely a plus.

On the other hand, the fight scenes took me back to old school Power Ranger movies instead of something closer to Alita: Battle Angel. I could all but see the wires holding the actors up, which led to me giggling at times when I should have been gripping my seat. The acting made up for most of this, with Shota Matsuda as Tsukiyama Shuu leading the charge. Masataka Kubota reprised his role as Kaneki, while Touka’s role was passed on to Maika Yamamoto. Both did a good job of portraying their characters, but it was Matsuda’s portrayal of Tsukiyama that was my favorite part of the movie. Each creepy encounter, as well as every insane and over-exaggerated movement, brought the character to life, especially during the climax. 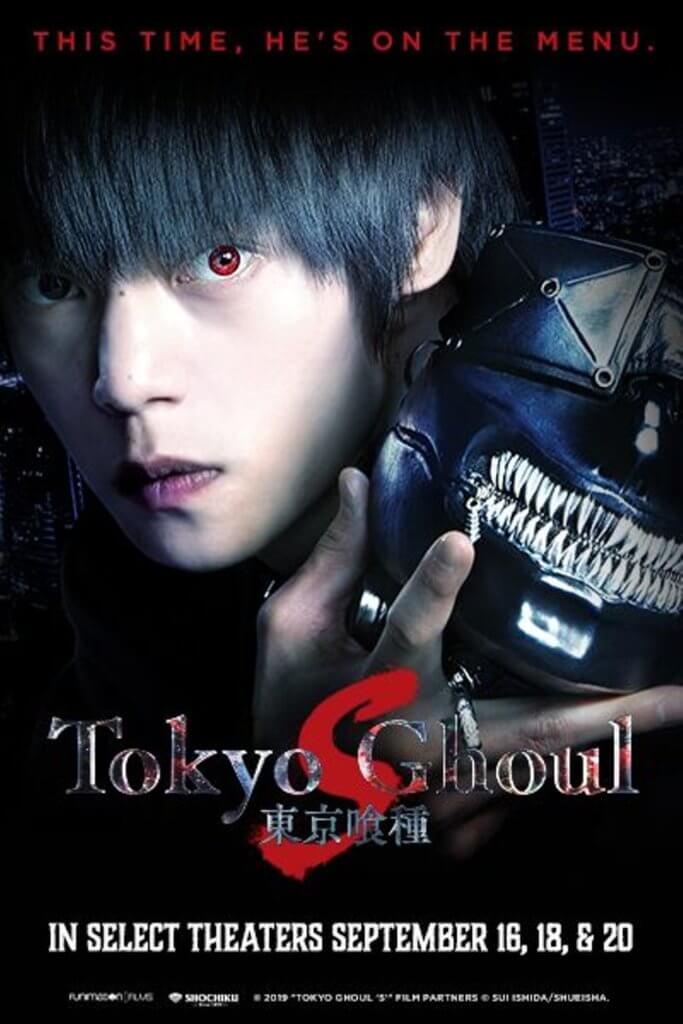 While this wasn’t the best live-action adaptation of a manga/anime, Tokyo Ghoul S is still far from the worst. As a big fan of the series, I enjoyed watching the film and appreciated it for what it was. While I don’t think the film series can ever live up to the manga (and this is 95% because of time constraints for movies) I think it’s still worth watching whether you’re familiar with the series or not.

The movie will be available in select theaters in the U.S. on September 16th, 18th & 20th.

I’d like to thank Funimation for the opportunity to watch “Tokyo Ghoul S” for this review.