A young woman bound to an unbreakable curse. An ancient monster yearning for a new bride. A village bent on upholding sacred tradition, and a man set on overturning fate.

Such is the story of independent manga artist Yumiko Shirai’s Tenken – a thrilling tale of Japanese mythology in a dystopian setting. With a brilliant art style not often seen in popular manga, Shirai weaves an entertaining and dreamlike story of two people connected to something greater than themselves.

Originally released by One Peace Books in 2010, Tenken still holds up as a good pick for manga readers looking for more mature, artistic storytelling.

You don’t necessarily have to have a textbook knowledge of Japanese mythology to understand Tenken (an abbreviated version of the story is handily is included at the beginning of the book). The story revolves around Manaka – a construction worker whose fate is entangled with a coworker named Saki. She’s to be the next maiden for the Tenken festival – a tradition that happens every fifty years to maintain peace and prosperity across the ravaged land. The festival requires a woman to sacrifice herself to the snake demon Yamata-no-Orochi. Manaka won’t have it though and fights to free Saki from this curse so the two of them can live happily in peace. 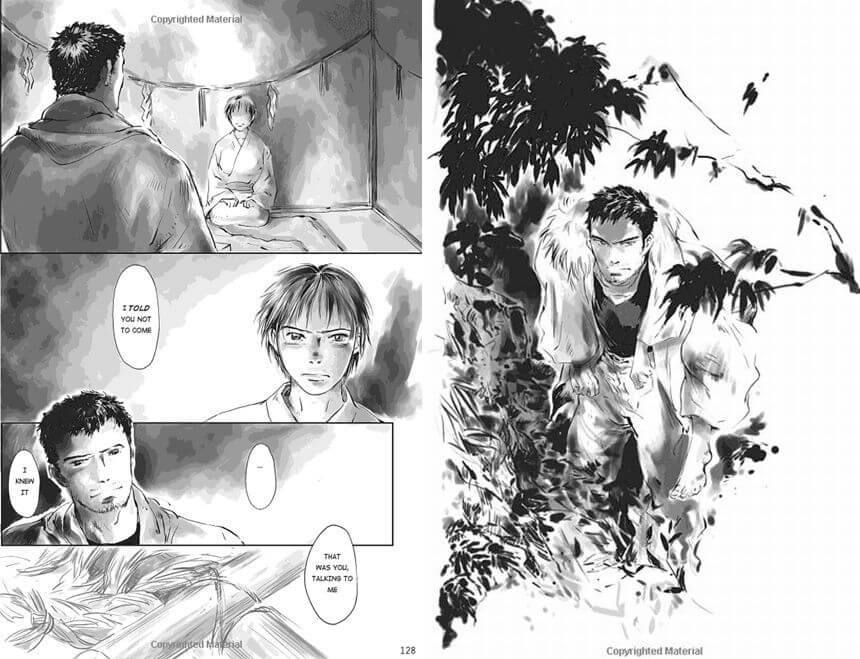 The aforementioned Japanese myth that is present throughout the story centers on the conflict between the storm god Susanoo and Yamata-no-Orochi. To summarize, Susanoo helps a family who had to sacrifice their eight daughters to Orochi. He saves the remaining one, Princess Kushinada, by tricking the snake demon into drinking some sake and chopping him up into several pieces it slept. Soon after, Susanoo and the princess are married off and spend their days in harmony.

Tenken certainly borrows some elements from this famous tale, but it also takes some liberties with it and has its fair share of twists along the way. The manga introduces a threat to humanity in the form of post-war pollution and the struggle to rebuild a functioning society. The characters are very much grounded in this dystopian, realistic world, but Shirai blends the mythical elements of the story well.

The introduction of the snake demon Orochi is very creepy, and Shirai’s artwork conveys this nightmarish quality to Saki and the other characters who encounter it. With a great mix of black, white, and grey, we’re able to see just how otherworldly the antagonist is, and the fantastical elements of the manga are starkly distinguishable. So much information is conveyed, even though the manga is colorless. Its creepiness factor is doubled by the bolded, off-center lettering given to it whenever it speaks. That’s how you know Manaka and Saki are dealing with a different supernatural force. The art is also equally impressive when we see Manaka or Saki by themselves, or when they’re caught up in a heated battle. 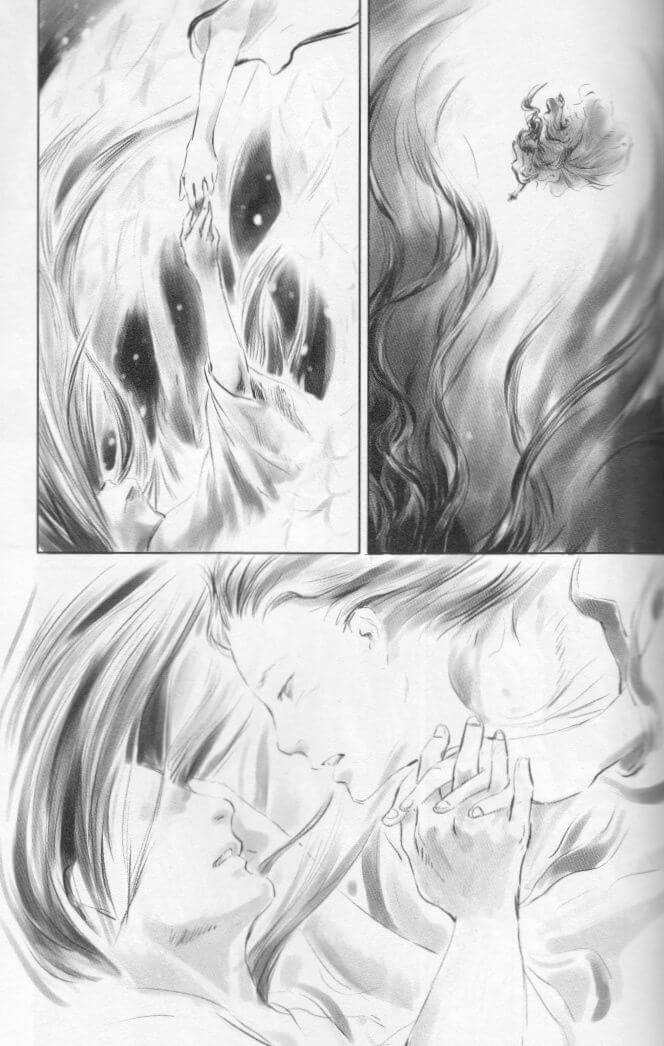 Tenken overall reads like a modernized fable because of the way the manga establishes a folklore to its world and introduces a few twists here and there with the characters. Shirai leaves the story somewhat open-ended and, much like the main character, we question whether what the characters experienced was a dream or a reality.

There are times when I think the art holds back my understanding of Tenken’s narrative. As impressive as Shirai’s illustration skills are, I did feel lost at some important parts of the story, mainly because each panel becomes distracting when you’re trying to figure out who’s talking and where they are. There can be so many visuals going on simultaneously that it’s easy to lose track of what you’ve read. For these parts of the story, you may have to take a second glance, but thankfully this problem is only present here and there.

Overall, I recommend Tenken to people that love dynamic graphic novels or have an interest in modern Japanese myths. Casual manga readers might find the work a bit intimidating, but it’s worth a great price for a long, stand-alone story.

Special thanks to One Peace Books for providing a copy of Tenken. It is available for purchase on Amazon.