I love compilations of short stories. From American fiction such as Stephen King’s Different Seasons to the unique manga collection of Kazue Katō’s Time Killers, short spaces lead to creative storytelling. Ryoko Kui, the mangaka behind the ongoing series Delicious in Dungeon, has a unique talent for the fantastical. When I found out about their Seven Little Sons of the Dragon collection, I was intrigued. Having read it, I feel that the manga truly belongs among the list of great collections of short tales.

As the title indicates, there are seven stories in this one volume manga collection. The individual stories range in setting from ancient to modern. However, each story presents a different fantastical world.

Every one of them is unique and can stand entirely on its own. There are some thematic commonalities about family, responsibility, and personal growth among some of the stories; however, they are different enough to keep each new chapter feeling fresh and new.

The first story, “The Dragon Turret,” introduces us to a medieval world at war. The kingdom of the coast (Sealand) and inland (Highland) are divided by a dragon’s nest. When the dragon leaves, war is planned to resume. This tale quickly acquaints us with the world setting, a core cast, and their war logic. It also shows the humanity of the cast as well as the absurdity of each kingdom’s logic.

Each story that follows is equally capable of quickly introducing us to the world and characters without confusion on the part of the reader. From a modern world where some are born as werewolves in “Wolves Don’t Lie,” to a world based on a more feudal Japanese setting like “’My Child is Precious,’ Cries the Dragon,” I found myself enraptured by each new one as I turned the page. 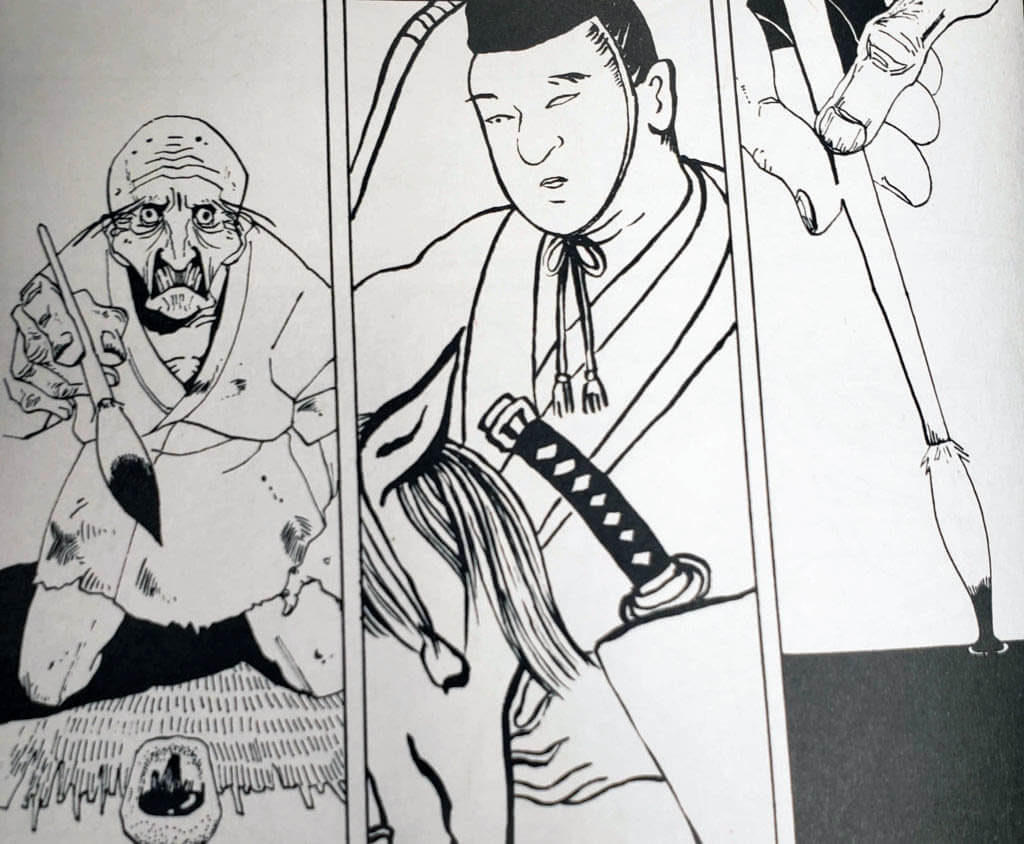 The art itself is fantastic and reminiscent of other works from Ryoko Kui. However, each new story allowed Kui to take some creative risks in how the individual worlds and stories were presented. Even the titular dragons are kept unique and different from story to story; “The Dragon Turret” presents a griffon-esque creature whereas “’My Child is Precious,’ Cries the Dragon” has a more traditional, Chinese dragon.

Another example of this artistic creativity comes in the story “Wolves Don’t Lie.” The story begins with a simplistically drawn manga of a Mom with a werewolf son. It explains her struggles from her perspective with an ending encouraging other parents to find the support they need. The narrative then jumps into the story of her adult son in his current life, with a shift to a more gritty and raw style. The artwork shift works well with the divergent tones of the two halves of the story.

The translation by Taylor Engel was also well done. The language and idioms used in the translation maintained a good flow for the individual stories. Additionally, a series of translator notes inside the physical edition provides helpful information about both the settings themselves and references the reader (i.e. me) may not have understood otherwise.

Traditionally a Yatta-Tachi review includes a “The Bad” section, but frankly, I have no “bad” in mind. At all. So, I want to talk further about my joy from this collection.

My favorite tale was that of “Byakuroku the Penniless.” Byakuroku is an incredible artist in a world setting closely resembling feudal Japan. His art was so realistic it was said it could come to life. So, Byakuroku always avoided drawing one of the eyes of the people or creatures in each piece to prevent it from happening. Now, penniless, Byakuroku is on a mission to put food in his belly. His plan is to bring his creations to life and sell the creatures to the highest bidder. Who does he get to help? A man from a poor replica of one of his classic pieces. This bittersweet tale follows Byakuroku and this living art as they travel from town to town finding his artwork. As they adventure together, both the living artwork and Byakuroku grow as individuals in a way that pulls at your heartstrings. Well after reading, I continue to think about these characters.

Therein lies the beauty of this collection. It introduces us to amazing worlds with great characters. The collection provides moral lessons of personal growth without being preachy or obnoxious. Even the villainous characters can display personal growth in an intriguing way.

The biggest downside to this collection is that I want more stories set in many of these new worlds. While some tales are perfection as is (“Byakuroku the Penniless” for example), others deserve more. I would love to see an entire collection of stories set in the world of “The Mermaid Refuge” exploring themes of bigotry and self-discovery.

If you love collections of short stories, I highly recommend checking out Seven Little Sons of the Dragon. Each chapter of this one-volume collection feels fresh and introduces you to new worlds, characters, and plots. While there are some thematic commonalities, overall, each story brings with it so much that is interesting and new that you’ll never want to put it down.

A really big thank you to Yen Press for providing us a copy to review!

Check out other titles we have reviewed for Yen Press!