This game contains language, alcohol, blood, violence, sexual content, kidnapping, and torture, and is not recommended to anyone sensitive to these or similar issues.

When Detective Sen Ikeda and his shy young ward, Neneko, investigate the death of a local millionaire, what should have been an open-shut case takes a turn for the mysterious. Circumstances surrounding the man’s death and a plea from his daughter to discover the truth lead the two on a dangerous trip to a small island thought to be the stuff of lore. With their disguises being the only thing keeping them alive, can the two solve the case? Or will they disappear like so many others that have stumbled upon Shironagasu Island? 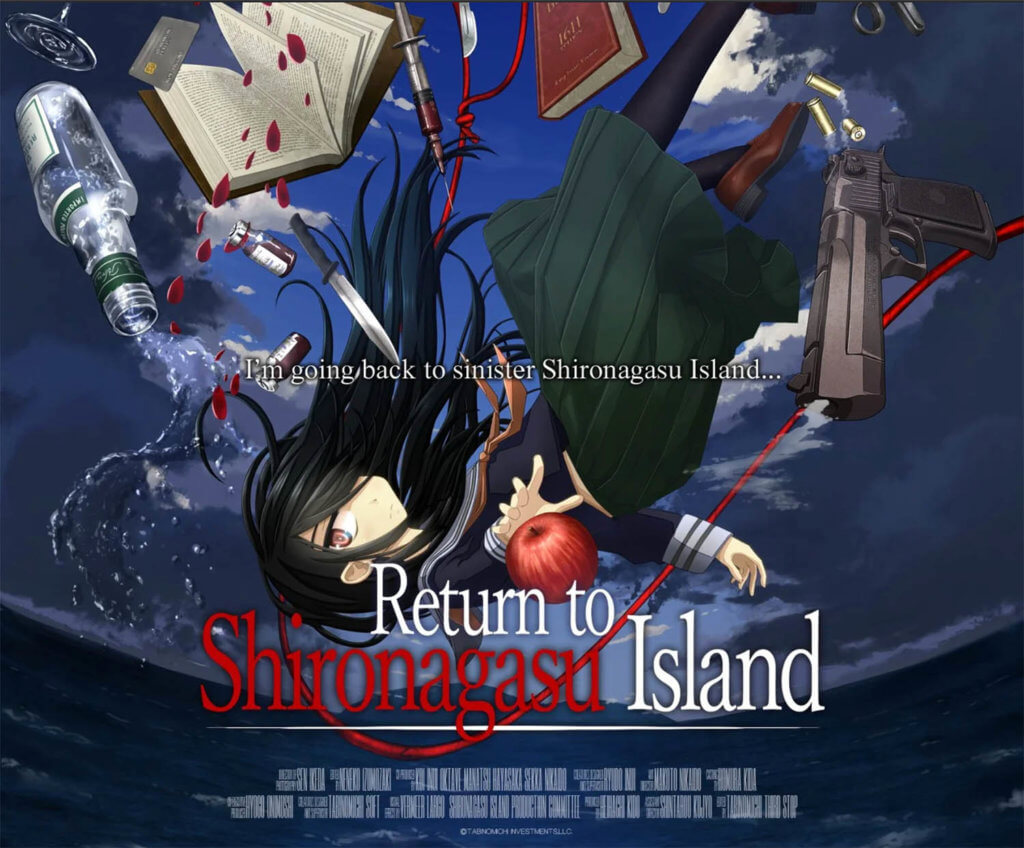 Return to Shironagasu Island is a visual novel that follows the typical formula with an added twist or two. While the majority of the game will have you progressing through dialogue and making choices along the way, there are also moments where you have to act like a real detective and investigate areas. These point-and-click scenes do a lot to spice up the gameplay and make you feel a little more immersed in the world. At least, for the most part.

None of the investigative scenes give you any hints, and more often than not things will need to be clicked multiple times, though the game gives you no indication of this whatsoever. So instead of being a reprieve from scrolling through dialogue, these bits tend to be more of a frustrating chore. Add in a time limit to some of these minigame-esque moments and you’ll want to keep a bottle of aspirin handy. 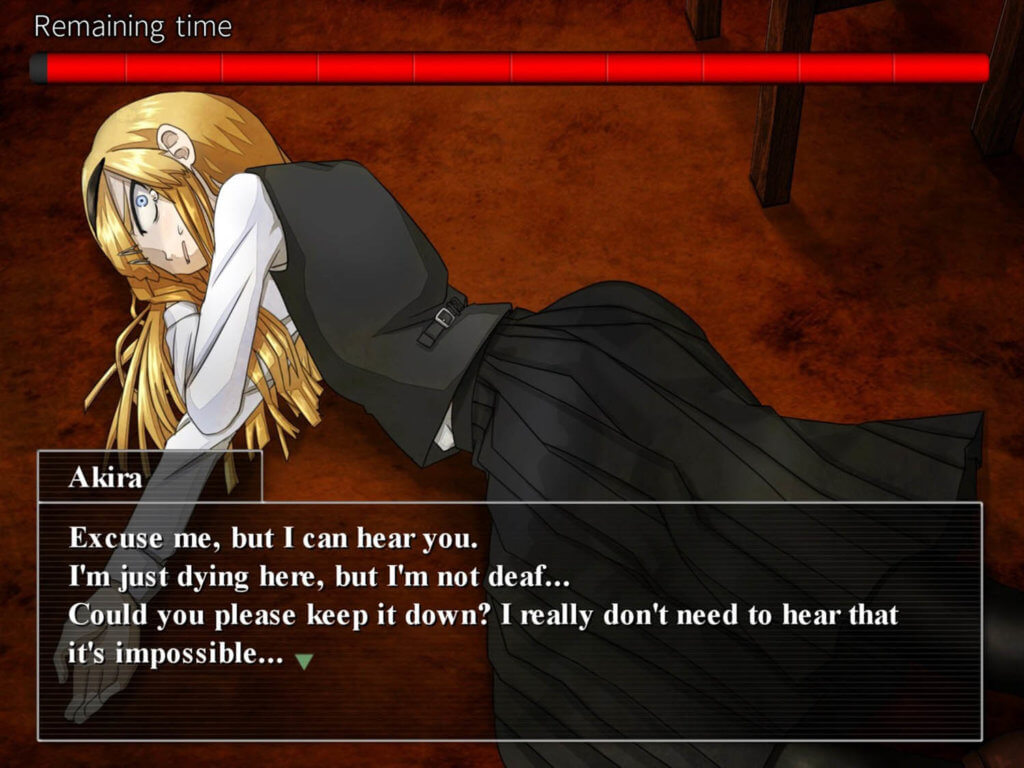 I’ll go ahead and say that this is very obviously a budget game. There is nothing overly fantastic with it–the art, the voice acting, the music–everything is perfectly acceptable. And while none of these things is an immediate turnoff, none of it will stand out as a reason to love the game, either.

When the game was good, it was really good. When it was bad, it was awful. There were times where the pacing, characters, setting, and plot were all in alignment, flowing well and guiding me along with all the interesting mysteries. At these moments, I was highly invested and I was speeding through the game like a bat out of hell. But this never lasted. Very quickly things fell apart, puzzle pieces stopped fitting together, and any interest in the characters or plot dissipated into a puff of smoke.

While the game has a solid start and a good foundation for the plot, it quickly devolves into Frankenstein’s Monster. The game, at first, seems like a Zero Escape or a Danganronpa title where you actually work towards solving a mystery, but then it takes a sharp left turn into something much more generic. This was not only super disappointing, but awkward as well.

The biggest issue for Shironagasu is that it has way too many plot points that seem randomly thrown in for the shock factor instead of being thought out thoroughly. As for the actual plot, imagine combining every villain ever and releasing the horrific glob they produce into the game. Not only is it hard to keep up with, but it’s also totally unbelievable, and the idea that four teenagers make up the bulk of the cast turns this from a horror mystery into a B-rated comedy. If you can laugh at human trafficking, black-market organ sales, pedophilia, and the torture of small girls, that is. Which, you can’t. But you can laugh at the absurdity of the whole situation and how the characters react to it because at times it’s so nonsensical I could only wordlessly look at my screen, eyes wide, and slowly shake my head.

And while I know this game had issues with its original translation and the team worked to fix it (there were very few grammar/spelling issues for a game of this caliber, so I gotta give them props for this), the issues still present go beyond an inadequate translation and lie more with the flesh of the plot as a whole. It came to feel like the famous Winchester house–what started out as a beautiful mansion turned into a 3D maze with stairs running into the ceiling and doors dropping you two stories into the flower beds. It would take more than some line edits to change the issues that plague the game.

I really wanted to like Return to Shironagasu Island. Described by some as a love letter to Umineko and Higurashi, I was ready to gift a dozen people the $5 game. Now I’m just ready to forget it.

Disclaimer: Yatta-Tachi received a free copy of Return to Shironagasu Island in exchange for an honest review. Receiving a free copy has in no way altered the opinions depicted in this article.