Hikaru In The Light is a digital manga subscription service Azuki’s first foray into licensing directly from Japan, rather than striking deals to host manga that is already licensed. Just for that alone, it’s pretty interesting to me. The manga publishing and “streaming” landscape have been shifting in interesting ways lately, and the right title as a flagship license could help Azuki change it even more. Unfortunately, I don’t think Hikaru In The Light is going to be that title. Which is definitely not to say it’s bad.

One of the manga’s biggest potential strengths is it being incredibly kid-friendly (except for one line of dialogue). The adorable characters, charming bathhouse setting, and the nobody-to-superstar story could theoretically be a hit with any demographic, including a younger crowd. Hikaru In The Light could be a great first manga for kids. The excellent presentation helps with this. Putting a page explaining honorifics right at the beginning of the book goes a long way towards making the barrier of entry into reading manga much lower without losing the character relationship nuances that honorifics can add.

The manga reads very naturally, with fully translated and replaced sound effects and environmental text such as signs, courtesy of translator Dan Luffey and letterer Barri Shrager. I know that whether this kind of lettering job is possible varies from publisher to publisher and depends on a variety of factors. But it does make for a smoother read and is another huge part of what makes Hikaru In The Light a great potential entry to point to manga.

The translation also reads very easily, although the choice to make Hikaru’s friend Ran call her “bitch” in an otherwise G-rated comic is a little odd. Disclaimer here, I don’t know what the original Japanese said, but given the context of the scene and the tone of the manga overall, it sticks out weirdly. Generally, Hikaru In The Light is a breeze and a joy to read. 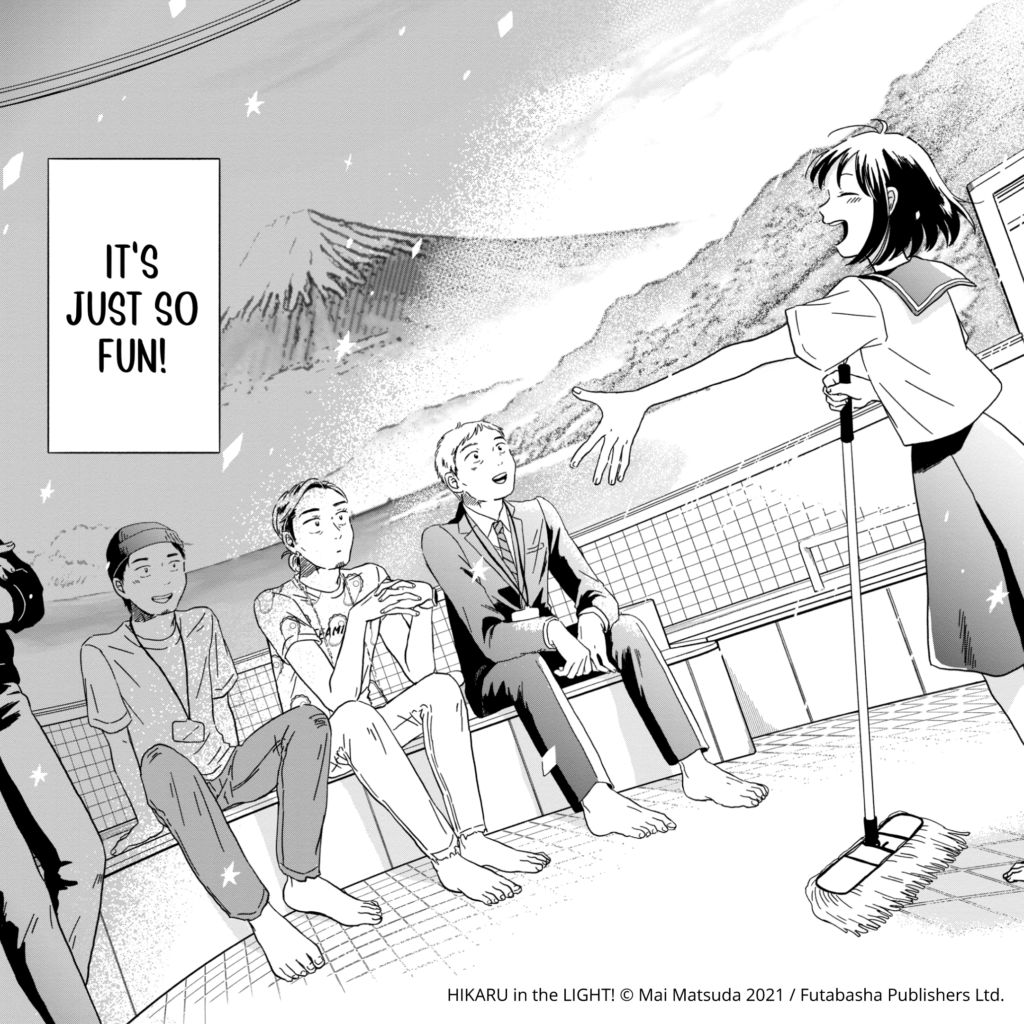 Visually, it’s fairly nice to look at, if not particularly distinctive. The main characters’ designs are cute but not overly flashy or detailed, which suits the small-town setting. It also kind of highlights the effort that goes into making them look expressive, pulling your eyes towards the characters’ faces and especially their eyes, which are often the most detailed thing on the page.

That said, manga that really stand out to me always have something to their art styles that makes them unmistakably a work of their mangaka. But Hikaru In The Light doesn’t really have that. I don’t think I’d be able to recognize it at a glance. The art is proficient but not all that memorable.

Sadly, the plot hits similarly. As a musician myself I will always see the appeal in stories about a small-time performer making it big, and I love stuff like Love Live and Idolm@ster. But in the wake of those mega-popular franchises, a series about a plucky girl from the sticks who enters a contest for potential idols is going to have to do something pretty special to stand out. Hikaru In The Light almost gets there, but not quite.

There’s a surprisingly harsh undercurrent to the Girls in the Light contest the main characters join. The manga makes no bones about the cold, consumerist nature of the idol industry, which is refreshing. The attitude of the guy running the show is the most obvious and interesting manifestation of this. He’s both a supportive patron of the arts and a merciless businessman, straddling the line between mentor and villain.

As the volume ends it seems to be hinting at an almost survival game-like approach to the second stage of the contest. But that doesn’t happen in this first volume. So all we have to go on is a brief discussion of how idol groups toss girls aside when they’re not useful anymore, and a weird guy who seems to revel in this churn of human capital but also gives useful, practical advice. I appreciated all of this for sure but it doesn’t go far enough to make the series memorable on that alone.

Ultimately it’s something of a mixed bag. Based on its presentation and themes, Hikaru In The Light could be the perfect way to get someone of any age into manga. But for more seasoned manga readers, there’s not much here to hook you in or to make it stand out from the pack. I liked it well enough but I don’t see it being a hit. But it is a cute, easy read, and a foot in the door for Azuki to license more manga directly, and there’s nothing wrong with that.

You can read Hikaru in the Light digitally on Azuki!

A special thank you to Azuki for allowing us the opportunity to review this title. Receiving a review copy of this title has in no way altered the opinions expressed in this article. 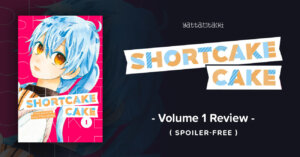