Why can’t there be unicorns when there are horses?

Heaven’s Design Team (Tenchi Souzou Design-bu) is here to answer that question! First broadcast in Japan from January 7 to March 25, 2021, this anime adaptation made its debut as a workplace comedy about the formation of the animal kingdom. It aims to shoot the saying, “Anime isn’t educational at all!” full of holes.

If Hetalia can be your history teacher, then this edutainment can be your science teacher! Check out the synopsis below to get a sense of the best comedic lesson on wildlife:

After God creates the Earth, the day quickly approaches when animals are set to inhabit the world. But instead of creating them himself, the task falls to Heaven’s Design Team. Designers now have to come up with all sorts of creatures to be evaluated by their client—God.

BOTSU (rejected) or SAIYŌ (accepted)? Which animal design will get God’s stamp of approval?

Having outsourced the animal creation job because it became a huge headache, the hired designers get stuck fulfilling God’s absurd requests. They create, submit, and have their proposals evaluated. They even test their creatures’ prototypes in the Galápagos Islands to see if they can live/survive on earth. It’s a clever idea knowing that these islands actually played a huge role in Charles Darwin’s theory of evolution.

Heaven’s Design Team’s story basically revolves around the creation of animals and the explanation of their structure and/or parts’ function for a fun, in-depth discussion. It features different animals in each episode, ranging from that widdle sea otter—which makes you melt from cuteness overload—in the picture above to a weird-looking spicy sausage. Most episodes are self-contained without an overarching storyline, which I didn’t mind as it’s not that significant to the series.

This anime is all about making learning and working fun. Entries from its real-life animal encyclopedia even pop up to add trivia to the featured creatures. However, there’s little to no plot development, as it is similar to a documentary. It’s a bit of a shame, but I still enjoyed learning from the designers and engineers as they introduce species I’m not familiar with, hint at their distant relatives, and explain why they look the way they do. These characters were the ones who delivered Heaven’s Design Team’s educational story through jokes, quirks, and comedy. Get to know them as the—

Want a chief designer who’s head over heels for horses? Or a foodie who’s too interested in the animals’ taste, unofficially making him the top of the food chain? Or a big guy who’s actually a big softie? How about a girl who makes you—seriously—question your concept of cuteness? Or a snake specialist who puts emphasis on efficiency? Or a bird specialist who, on the other hand, emphasizes aesthetics? Or even an engineer who creates the designed animals’ prototypes?

If any of those sound interesting, you should go and meet Tsuchiya (Saturn), Kimura (Jupiter), Unabara (Neptune), Meido (Pluto), Mizushima (Mercury), Kanamori (Venus), and Higuchi (Mars) in Heaven’s Design Team! They are overseen by Shimoda, the new recruit angel who serves as the communicator between the client and the design department.

In the entire run of the show, the characters consistently display distinct personalities. This makes them easy to remember and well-defined. I did find them lacking in terms of impact as they are not fully fleshed out, since neither a backstory nor development was provided. I discovered some new sides to their personalities as the series went on, but nothing got deeper than that. This is a given as Heaven’s Design Team is an edutainment, which focuses on making the difficult subject of science interesting. As one of those students who never got along with science, the nemesis that shuts my brain down, this anime is a success; it’s the characters who made it possible. They gave me a good laugh with their ridiculous and unconventional ideas (which make one’s glasses break in anime style)!

With creativity as their weapon, they make you want to guess the resulting animal from its first draft (or trial and error form). They even do simulations, rap battles, and game shows. Witty, right? I also love the fact that they respect gender diversity–be it from diverting from socially defined gender roles in creating the seahorses, to the casual treatment of the character of Kanamori, who appears to be transfeminine despite the ambiguity. 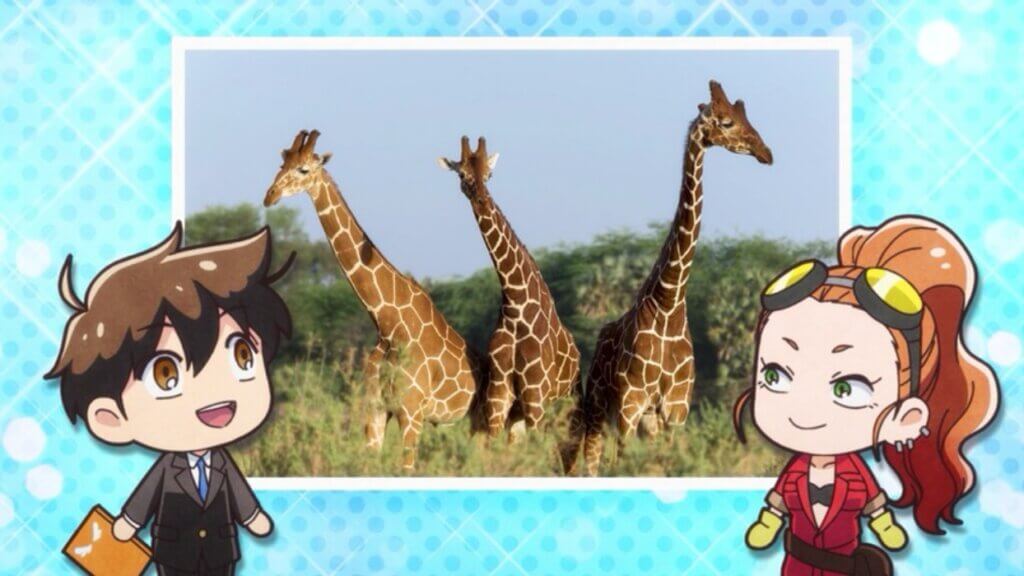 What you’ll get from this anime series are educational animal content and relatable work environment scenarios all delivered through simple entertainment.

It lets you experience the designers’ work life with colleagues whom they may find weird, pleasant, or incredibly frustrating. However, as part of the same team, they brainstorm and clash with each other to finish their assignment. They do have their own specialties, but that doesn’t define the extent of their abilities. They use it to bring the best to their designs and are willing (sort of) to divert from it to create a creature the client could be satisfied with.

Yes, the designers work hard. They fulfill the client’s request no matter how absurd or vague it gets. From creating an animal that can make gems to a bird that doesn’t lay eggs, they just can’t catch a break. In fact, I found the whole “give-me-details-please” talk similar to real life, where there is that one person who’ll tell you that “anything’s fine” with them, only to tell you when you’re done that “something’s not right” with your work.

But worry not! This absurdity is part of everything that makes this anime hilarious and exciting! The fun is in guessing what animal could result from its early stages of design. As Higuchi produces the prototypes, we get to hear the explanations behind a certain design’s feasibility. Unfortunately, there is some terminology and ideas in biology, particularly in zoology, and business here which may be too technical for some people to understand. They are used to explain the animals’ certain body parts that make them function, survive in the survival of the fittest, and not instantly collapse right after they claim the spotlight due to heatstroke or osteoporosis. They are also used in helping us understand why mythical creatures can’t be real.

On a positive note, all these reveal that the authors, Hebi-Zou and Suzuki Tsuta, and artist, Tarako, did a lot of research. To make sure that most of the information is easy to understand, their characters use analogies and even do some short skits featuring the animals. We just have to wait and see whether the characters’ design proposals will be botsu or saiyō after all the many ultimate final revisions it takes to get the client’s stamp of approval. 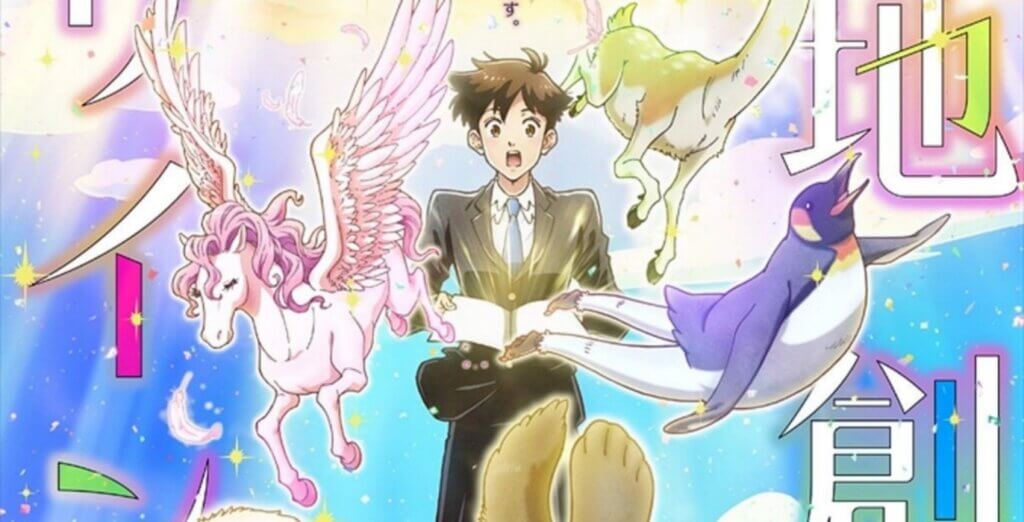 Heaven’s Design Team lives up to its genres of comedy, fantasy, education, and slice of life all packed into one show. It expanded my knowledge of biology and made me value work through trial and error, but this positive aspect also became its weakness. Focusing on teaching means the series had little plot development to offer. For someone like me who prefers stories with depth and direction, this series just didn’t cut it.

Nevertheless, you can add it to the growing list of edutainment shows to boast about to your mom. It can be your bridge to find joy in learning about animals.

For this reason, will you indulge Heaven’s Design Team in its offer to give you the best scientific yet comedic lesson in wildlife? Will it be botsu or saiyō?