Are you or someone you know a fan of My Hero Academia? Well, you’re in luck! We handpicked several goodies that would make great gifts for a fan of the Plus Ultra series! 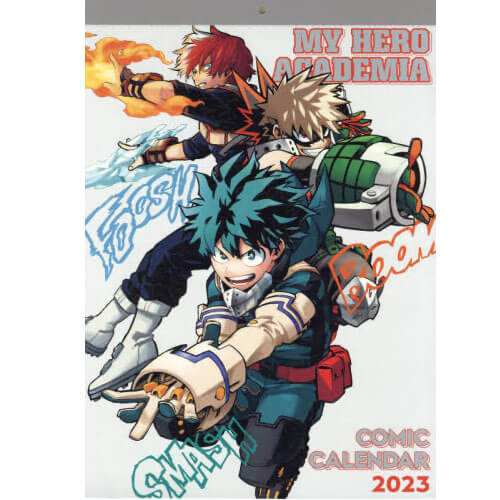 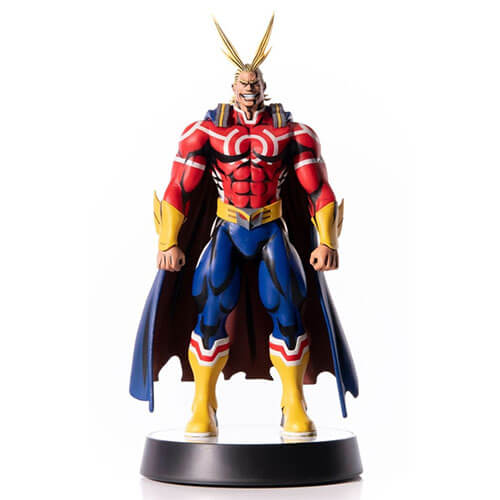 This All Might statue is inspired by a scene in the show where Izuku Midoriya, the main character, reveals his All Might fan collection which included anything from posters to figures like this one! He comes with adjustable arms, a detachable magnetized “My Hero Academia” logo base, a collector’s box with a diorama backdrop, and a First 4 Figures leafet! 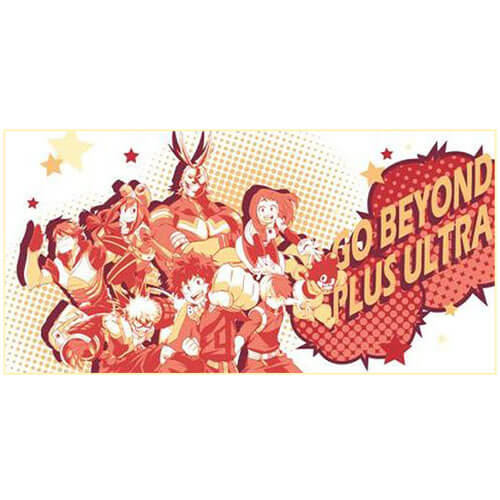 Class 1-A My Hero Academia Towel

Go Beyond, Plus Ultra with this My Hero Academia towel featuring some of the main cast from U.A. High School’s Class 1-A! Measures approximately 59″ x 29.5″. 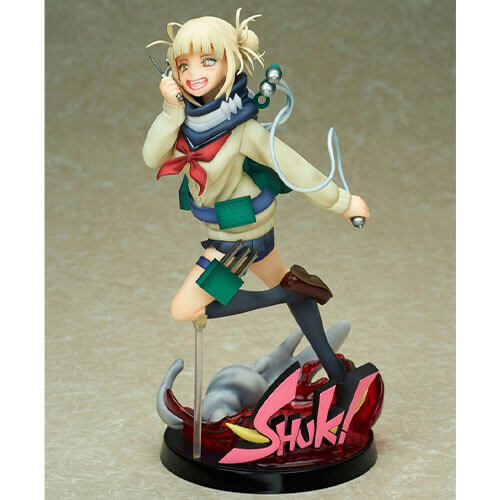 Himiko Toga is a major antagonist in the manga/anime series My Hero Academia. This figure is 1/8 scale. 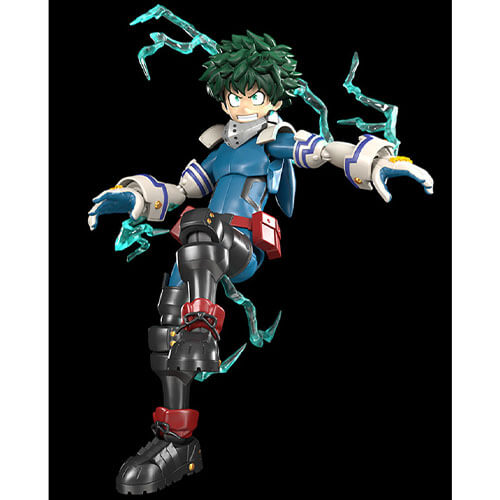 From the anime series “My Hero Academia” comes plastic model kits of the heroes of the series! This plastic model kit features Izuku Midoriya! The kit makes use of 7 different colored runners and some pre-painted parts, allowing you to recreate the character with just a simple assembly. 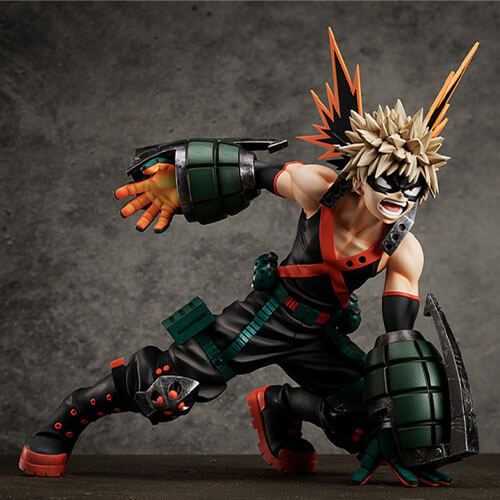 From the popular anime series “My Hero Academia” comes a 1/4th scale figure of the main character Deku’s childhood friend and rival, Katsuki Bakugo! The figure stands at approximately 30.5cm in height, making for a gigantic figure of Katsuki Bakugo that fans won’t want to miss. 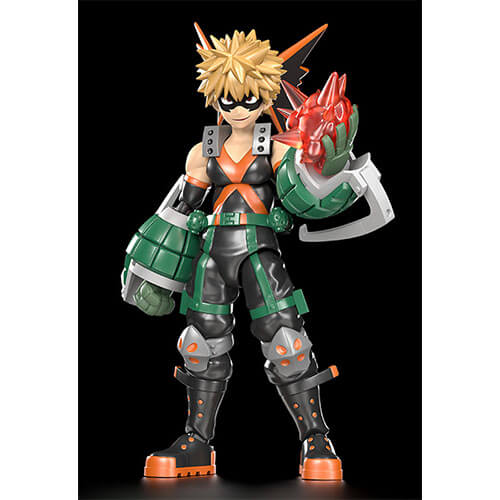 This My Hero Academia plastic model kit features Katsuki Bakugo!The kit makes use of 7 different colored runners and some pre-painted parts, allowing you to recreate the character with just a simple assembly.The model kit also features articulation, allowing you to pose him in action. Two face plates with pre-painted eyes are included as well. Explosion effect parts for recreating his “Explosion” Quirk are also included. 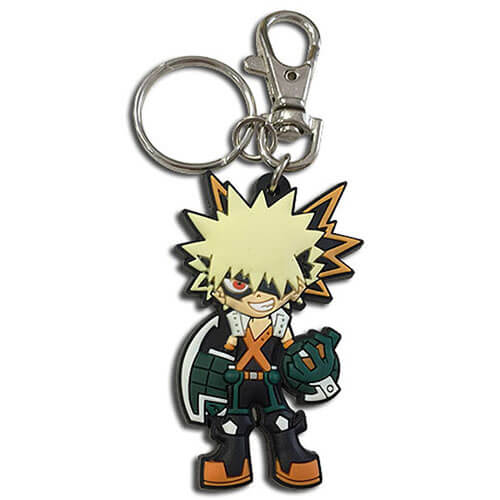 Blast off with this PVC keychain of Katsuki Bakugo. Or, a “Kacchan keychain,” if you will. 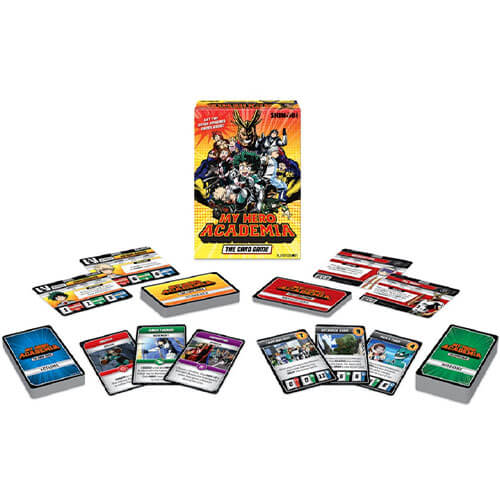 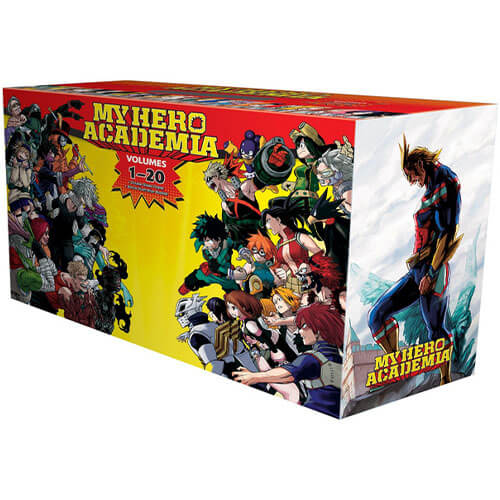 My Hero Academia Manga Box Set 1 contains volumes 1-20 of the original manga featuring story and art by Kohei Horikoshi, as well as a bonus illustration booklet and double-sided poster. 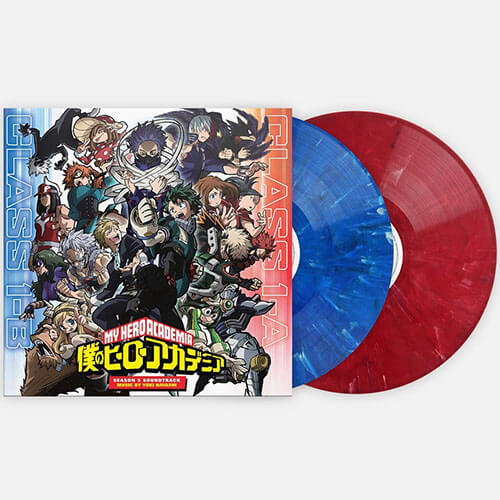 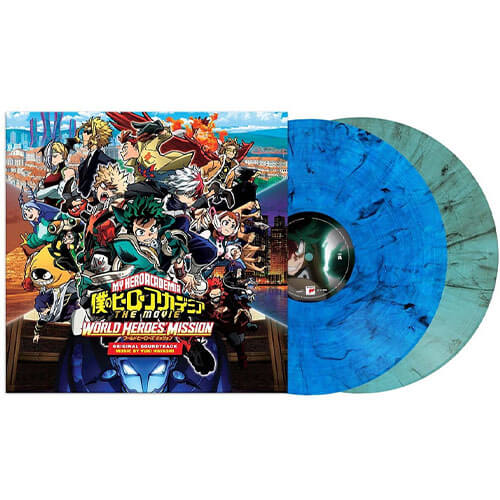 My Hero Academia: World Heroes’ Mission vinyl soundtrack contains music from the anime movie composed by Yuki Hayashi, pressed on 2 marble vinyl discs – 1 blue and 1 teal – and housed in a gatefold sleeve with a credits insert. 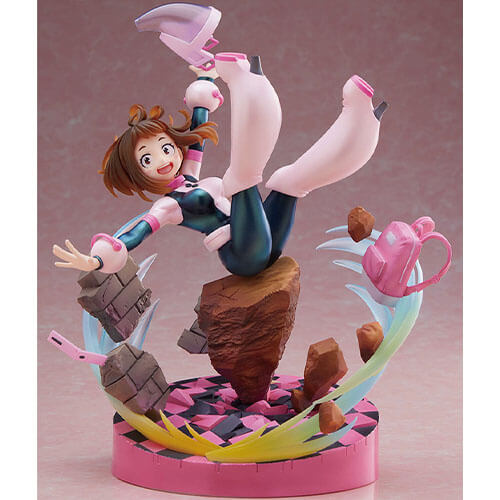 The aspiring hero Uravity, otherwise known as Ochaco Uraraka, from My Hero Academia has joined the TAITO SPIRITALE line as a 1/7 scale figure! Donning her hero outfit and using her Zero Gravity technique on the very base of the figure, Ochaco lifts into the air with her phone and backpack swirling alongside her. 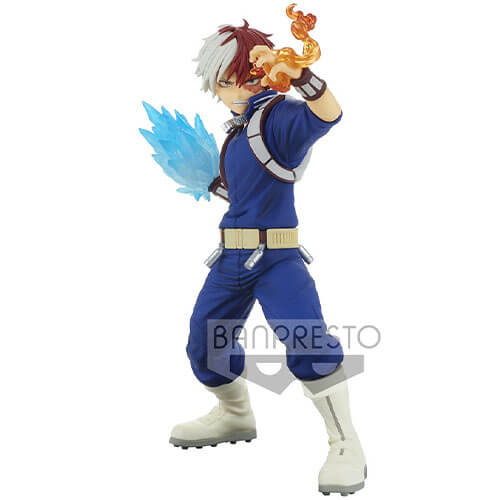 From the popular series My Hero Academia comes a figure of the icy-hot character, Shoto Todoroki!

In a world where those with powers are known as “Quirks,” Izuku Midoriya has aspirations to one day become a hero but there’s a catch — he doesn’t have a Quirk. After a tragic accident involving his friend Katuski Bakugo; Midoriya is the only one to have stepped forward to help protect Bakugo from a villain, because of his acts, he is given a gift by the world’s greatest hero, All Might. Now, Midoriya attends U.A. School, a school that cultivates the next generation of superheroes with his friends, Shoto Todoroki, Ochaco Uraraka, Tenya Ida, and Eijiro Kirishima. – Anime-Planet

Disclaimer: Yatta-Tachi may receive a small commission when you order through our affiliate links, but it won’t cost you extra. By using our links, you help support our site and we greatly appreciate it! Find out other ways to support us!